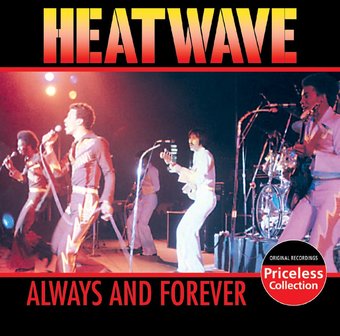 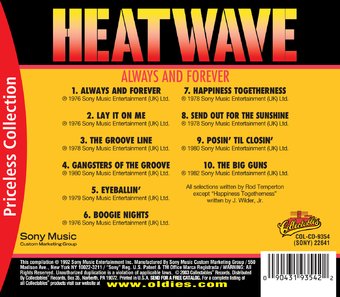 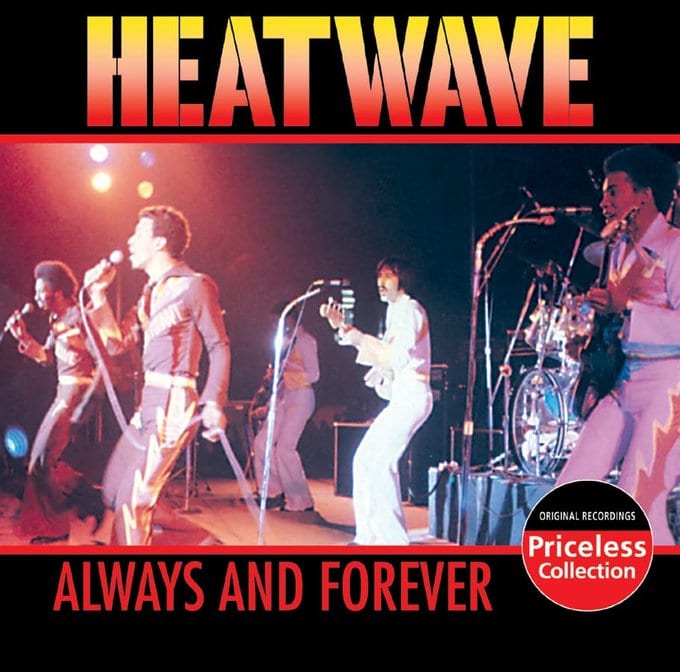 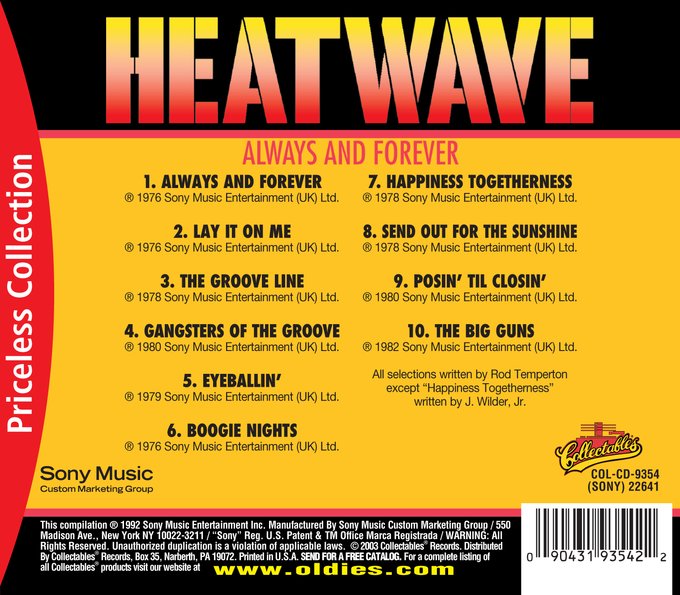 A budget-priced 10-track collection of favorites from Heatwave. All original recordings.

Titled for Heatwave's most popular ballad, 1994's budget-priced Always & Forever compilation CD proves to be a nice, tight package that not only collects most of the band's biggest hits, but also includes a few pleasant surprises that allow this compilation to become the first one to actually compliment others in the market, rather than compete across the same ten tracks. Focusing on Heatwave's chart highlights, the set blisters through the expected -- "The Groove Line," "Gangsters of the Groove," "Eyeballin'," and "Boogie Nights" are all here (of course they are). And so is the title track, leaving a hole where both "Mind Blowing Decisions" and "Ain't No Half Steppin'" should have been, but aren't. But, at the end of the day, what is included emerges a far more welcome treat. The stunning, slow soul groove "Happiness Togetherness," from the band's debut LP, makes a rare appearance, as does "Lay It on Me," also from Too Hot to Handle. Even more surprising, though, is the presence of the feel-good "Send out for the Sunshine," a song that rarely merited a second listen when it debuted on 1977's Central Heating. Wrapping up the time line are several late-in-the-day favorites, including the nearly instrumental "The Big Guns" from 1982's Current LP. Not quite as comprehensive as either Power Cuts or Greatest Hits, Always & Forever acts to complete either one. Standing up just fine all on its own, when doubled with another compilation it becomes even stronger. ~ Amy Hanson

James Ingram
The Greatest Hits: The Power of Great Music
$12.50
Add to Cart

Heatwave
Always & Forever: The Best Of Heatwave
$7.30
Add to Cart