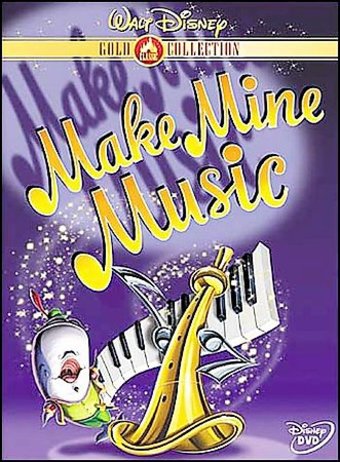 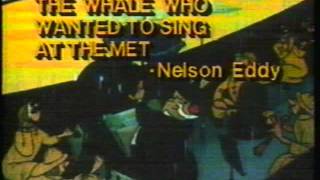 Walt Disney's 8th full-length animated feature is a compilation of animated shorts based on popular music by the Andrews Sister, Benny Goodman, and Dinah Shore, among others. Episodes included: "Peter and the Wolf", "The Whale Who Wanted to Sing at the Met", and "Casey at the Bat". A colorful bag of assorted animated highlights from Disney's golden age. The Gold Collection Edition also includes the classic Disney shorts "Farmyard Symphony" and "The Band Concert".

Make Mine Music
Share in Walt Disney's extraordinary vision of pairing imaginative stories with spectacular music in Disney's 8th full-length animated classic, available for the first time ever. In the tradition of FANTASIA, MAKE MINE MUSIC is a glorious collection of musically charged animated shorts featuring such fun-filled favorites as "Peter And The Wolf," narrated by the beloved voice behind Winnie The Pooh. In addition, you'll enjoy such classic cartoon hits as "Casey At The Bat," "The Whale Who Wanted To Sing At The Met," and "Johnnie Fedora And Alice Bluebonnet," the whimsical adventure of two hats who fall in love in a department store window. Every member of your family will have a favorite in this musical medley of fun and fantasy from Disney!

19%off
The Reluctant Dragon
$12.20 Super Savings
Add to Cart

22%off
The Story of Robin Hood and His Merrie Men
$11.70 Super Savings
Add to Cart

22%off
The Adventures of Ichabod and Mr. Toad
$11.70 Super Savings
Add to Cart

Many Adventures of Winnie the Pooh (Blu-ray + DVD)
$17.60 Super Savings
Add to Cart