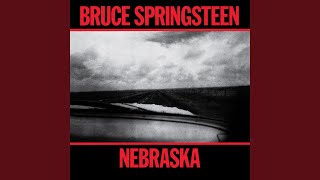 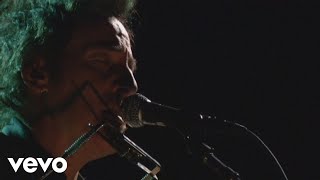 Solo performer: Bruce Springsteen (vocals, guitar, harmonica).
Recorded in Springsteen's New Jersey bedroom on a 4-track cassette recorder.
Audio Remasterer: Bob Ludwig.
Recording information: Nj.
Photographer: David Kennedy .
As a followup to THE RIVER, a double-album blast of old-time rock and roll, this amazing solo-acoustic folk album came out of nowhere in the fall of 1982. More precisely, it came out of Bruce Springsteen's back pocket. He recorded what would become NEBRASKA at home on a 4-track recorder, intending it as a demo tape for a full-band album. The band versions were recorded, but Springsteen sensed something missing; eventually, he became convinced that his demo tape, which he had carried around in a back pocket of his jeans for several days, had a spiritual wallop that he and the band couldn't recreate. He had the cassette cleaned up and turned into his sixth album.
There's little doubt that he made the right choice. The songs on NEBRASKA form a bleak cycle about men on the run, from the law, from their fathers or from themselves, usually for reasons even they don't understand. And Springsteen's dry, howling voice, which sometimes dips to a desperate whisper and sometimes rises to a haunted scream, seems to carry all their fears and all their hidden knowledge. The title song, about Charlie Starkweather, the serial killer chronicled in the movie BADLANDS, is one of two on the album about men who see the electric chair as their natural, God-given fate, if not their salvation. A couple of others could be the very drivers of the cars Paul Simon once counted on the New Jersey turnpike, except that where Simon saw America, all these characters see are dirty refinery towers.
This was songwriting that channeled both Woody Guthrie and Hank Williams, and the stark sound of NEBRASKA was not merely a homage to them, but a perfect casing for these tales. Whether strumming through "Atlantic City," picking out arpeggios on "Nebraska" or banging out a shuffle on "Open All Night" (a rare upbeat moment), Springsteen's lone acoustic guitar was all the accompaniment they needed, echoing their loneliness and isolation.

26%off
Bruce Springsteen
The Wild, The Innocent & The E Street Shuffle
$5.90 CD Sale
Add to Cart