Entertainment Weekly: "...20 tracks of the most visceral music ever allowed in public..." - Rating: A- 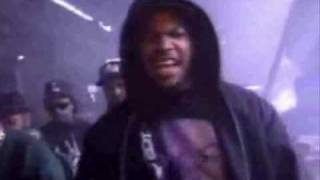 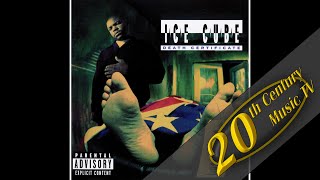 Spin - 1/92, p.72
Recommended - "...adrenalin-drenched funk...integrates vitriolic politics with raw street knowledge...achieves an almost George Clinton-esque sense of celebratory freakiness..."
Entertainment Weekly - 11/15/91
"...20 tracks of the most visceral music ever allowed in public..." - Rating: A-
Q - 12/96, p.154
3 Stars (out of 5) - "...Split into two halves, the Death Side presents a bleak, angry summary of life for young black males as Cube sees it; the Life Side is the future as per the Nation Of Islam. As on all Cube's records, the funkinesss is unimpeachable."
Vibe - 12/99, p.158
Included in Vibe's 100 Essential Albums of the 20th Century
Pitchfork (Website) - "DEATH CERTIFICATE is Ice Cube's most important album, and one of the most essential works in rap history."
Record Collector (magazine) - p.84
4 stars out of 5 -- "After two decades, DEATH CERTIFICATE is still disturbing stuff....This album is a calling-card from another, still-vitriolic era."

Personnel includes: Ice Cube (rap vocals).
Producers: Sir Jinx, Ice Cube, The Boogie Men.
Includes liner notes by Alan Light.
Ice Cube: Ice Cube; Chilly Chill, Big Cal, DJ Pooh, J-Dee, Taz, K-Dee, Kam , Shorty, Zulu Ed, Wess, Heavy, Threi, Rashad , Sir Jinx, T-Bone, Yo-Yo, Big Tom, Bobcat.
Audio Mixers: DJ Pooh; Ice Cube; Darryl Dobson; Sir Jinx.
Liner Note Author: Ice Cube.
Recording information: Paramount Studios.
Photographer: Mario Castellanos.
Unknown Contributor Role: Da Lench Mob.
Once a member of N.W.A., Ice Cube has consistently put out hits and, throughout his music and film career, has remained admired by the hip-hop community. Rough and rugged, but true and to the point, only Ice Cube can address certain issues facing black, urban America, and he does just that on DEATH CERTIFICATE.
DEATH CERTIFICATE is co-produced by Ice Cube with the help of The Boogie Men and Sir Jinx, and the beats they come up with are hard, funky and fast, resembling Cube's own energy. George Clinton's "Atomic Dog" is revived through "My Summer Vacation" and, along with Cube's threatening lyrics, gives the track a funky, gangsta-party appeal. Ice Cube sums up his values and way of life on the single, "Steady Mobbin'": "Bustin' caps in the mix/Rather be judged by twelve than carried by six." "Look Who's Burnin'" is a story on the results of sexually-transmitted diseases; and though the lyrics are harsh, the song relays a positive message of the need to practice safe sex. In "True To The Game," Ice Cube lets all sell-outs know that there's no room in his world for those who crossover.
Uncensored and raw, DEATH CERTIFICATE is life and death through the eyes of an artist who has seen his share of both.

Public Enemy
It Takes A Nation of Millions To Hold Us Back (CD)
$13.60
Add to Cart