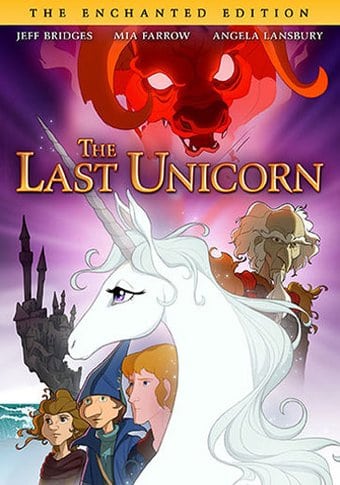 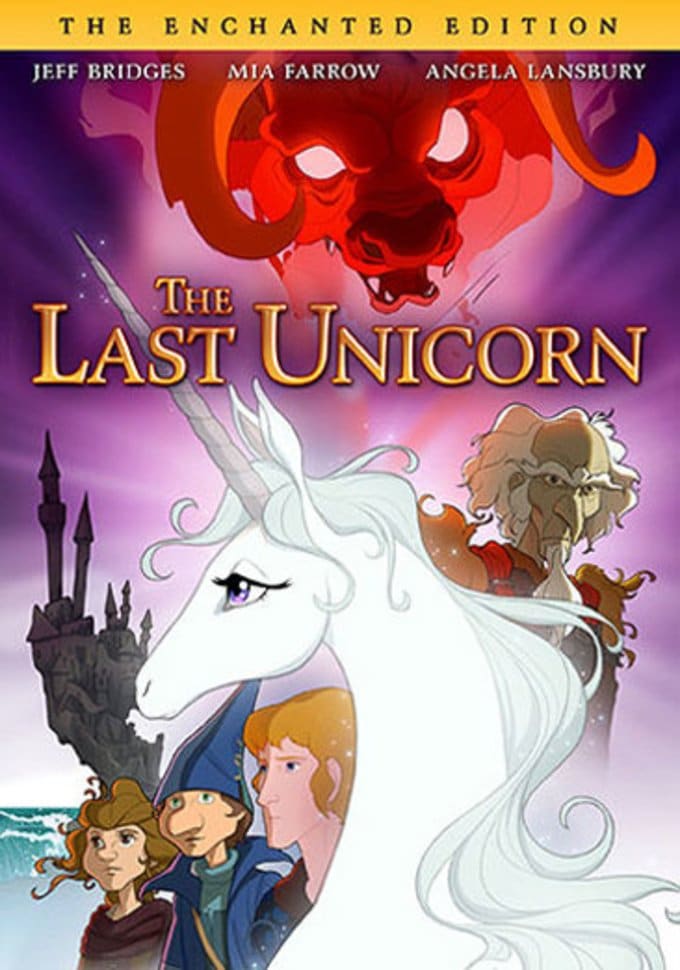 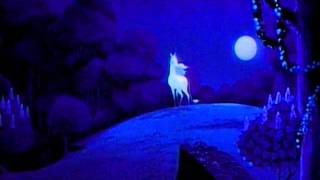 Weary of being alone in the vast forest, unicorn Amalthea (Mia Farrow) begins to wonder if she's the last of her kind. Following a rumor, she joins forces with feeblish wizard Schmendrick (Alan Arkin) and wayward barmaid Molly (Tammy Grimes) to look for the mystical Red Bull, a creature known to hunt and imprison unicorns. In order to walk unnoticed among men, Schmendrick magically transforms Amalthea into a beautiful woman. Together the three embark on a adventurous journey into the dark land of King Haggard, the man rumored to control the Red Bull.

Based on Peter Beagle's novel of the same name, THE LAST UNICORN is a bright, colorful tale about love and loss. Farrow loans her fluttering voice indelibly to the lips of the unicorn, and Arkin is spot on playing the spell-casting wizard Schmendrick. The film also features the vocal talents of Jeff Bridges, Christopher Lee, and Angela Lansbury. Complete with an over-the-top soundtrack by the pop band America, THE LAST UNICORN is perhaps the high point of directors Arthur Rankin's and Jules Bass's film career. (They would soon move out of film to produce the two highly successful syndicated television series THUNDERCATS and SILVERHAWKS.)

24%off
A Flintstones Christmas Carol
$7.60 Super Savings
Add to Cart