The story of a rebel and his bike. 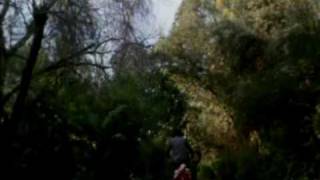 The imaginative, hilarious comedy, PEE-WEE'S BIG ADVENTURE, stars happy-go-lucky Pee-Wee Herman (aka comedian Paul Reubens.) Pee-Wee Herman is not an average little boy--he exists in a grown-up body, has a penchant for 1950s Retro memorabilia, and lives in a zany, make-believe world. He is on a mission to find his beloved red bicycle, which has been stolen, and on the way Pee-Wee has a series of cartoon-like adventures.

When a fortune teller instructs Pee-Wee to look for his bike in the basement of the Alamo, he takes her advice. Embarking on a kind of Hero's Journey, Pee-Wee comes into contact with characters even crazier than he is. One of the more memorable scenes comes after he starts up a touching friendship with a romantic waitress (Diane Salinger) and is chased by her boyfriend (Jon Harris) around a park of giant dinosaur models until he finds himself in an unfriendly biker bar where, in order to avoid being killed, he performs an impromptu dance to the old surfer tune "Tequila." With imaginative sets and dream sequences that use claymation and pixilated models, PEE-WEE'S BIG ADVENTURE is a side-splitting comedy that references almost every Hollywood genre, especially the perennial favorite Road Movie.

Angels In the Outfield (DVD)
$6.50 Super Savings
Add to Cart