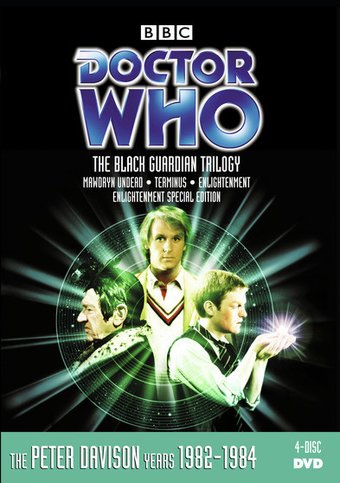 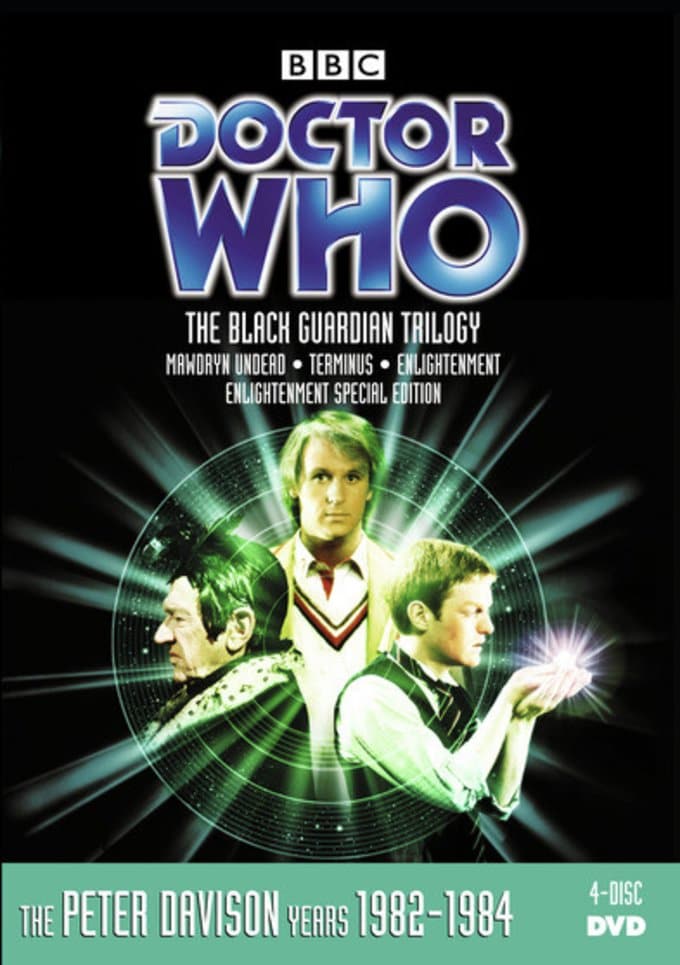 ENLIGHTENMENT: The Doctor (Peter Davison) finds himself on board an Edwardian-style yacht, presently engaged in a race through space in this four-episode series. The prize is the titular "Enlightenment," an element coveted by the Eternals, an alien civilization which survives by siphoning off the thoughts and emotions of its prisoners. Also figuring into the action is the Doctor's old enemy, the Black Guardian (Valentine Dyall).

MAWDRYN UNDEAD: This four-part adventure begins on a seemingly arbitrary note, as a pair of juvenile delinquents go for a joyride in the Brigadier's vintage automobile. After the inevitable crash, one of the boys, actually a space alien named Vizlor Turlough (Mark Strickson), is recruited for a daunting assignment. The recruiter is the Black Guardian; the assignment is to kill the Black Guardian's sworn enemy--the Doctor.

TERMINUS: Hand-picked by the Black Guardian to assassinate the Doctor in the previous adventure, juvenile delinquent Turlough (Mark Strickson) sets his deadly plan in motion in this four-episode follow-up. Not yet under suspicion, Turlough materializes in the hold of the TARDIS--then promptly proceeds to sabotage the vessel's console.

Live-Action | Science-Fiction | Television / TV Series
This product is made-on-demand by the manufacturer using DVD-R recordable media. Almost all DVD players can play DVD-Rs (except for some older models made before 2000) - please consult your owner's manual for formats compatible with your player. These DVD-Rs may not play on all computers or DVD player/recorders. To address this, the manufacturer recommends viewing this product on a DVD player that does not have recording capability.