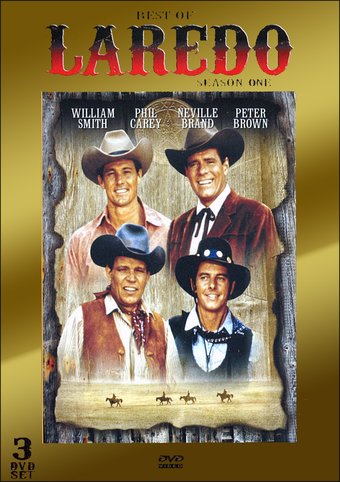 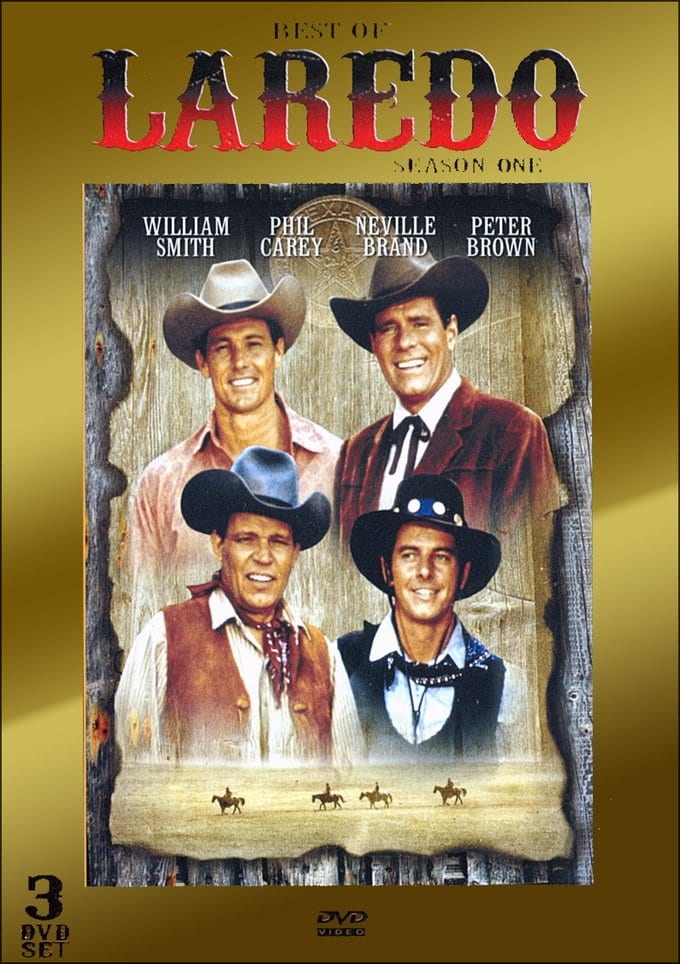 This box set brings you fifteen of the best episodes from the first season of "Laredo." Hitch up the wagon and join in the fun with the wackiest comapny of Texas Rangers ever to uphold the law.

"Laredo," with its blend of western comedy and high drama, is one of the best television westerns to be found. "Laredo" premiered in prime time as an episode of "The Virginian" and was such a big hit, with its wonderful cast, gorgeous color photography, western ambiance and tight, serio-comic scripts, that it was immediately signed for a full season.

"Laredo" brings together three Texas Rangers with distinctive personalities, strengths and weaknesses, under the stren command of Captain Edward Parmalee (Philip Carey). Wacky Reese (NeVille Brand), brawny Joe (William Smith) and smooth (Peter Brown) are equally good at roughhouse humor as well as serious law keeping. Chad and Joe are particularly good with the ladies, something most westerns of the day shied away from. Quick in the saddle and quick on the draw, when these lawmen go after evil-doers, they always see justice done.

The show attracted many terrific guest stars, including: Claude Akins ("Limit of the Law Larkin"); Martin Milner ("Yahoo"); Burgess Meredith ("Lazy Foot, Where Are You?"); Jeanette Nolan ("The Golden Trail"); Arthur Hunnicutt ("The Golden Trail"); Harry Hickox ("The Calico Kid"); and Eve Arden ("Which We Did They Go?").