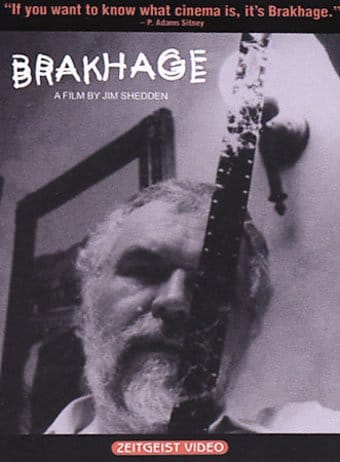 4 ratings
Available: Usually ships in 1-3 business days
LOW STOCK:
Only 1 copy left
Add to Cart
Add to Wishlist
Format:  DVD
item number:  V2R3
Related products:
Under the Skin (Blu-ray) for $19
In the Mirror of Maya Deren for $23.80
91% recommend us!

Over the course of 40 years, avant-garde film legend Stan Brakhage made nearly 400 films. Using experimental techniques of his own creation and no sound, he changed the both way we think about film and what we expect from light passing through celluloid. From "Window Water Baby Moving" (1958) to later works, such as "Dante's Quartet" (1987) and Black Ice (1994), BRAKHAGE examines the techniques he used as well as the impact his work had on the film community. With an array of interviews with Brakhage himself, friends, family, admirers, and detractors, director Jim Shedden has created an insightful look at true artistic pioneer.