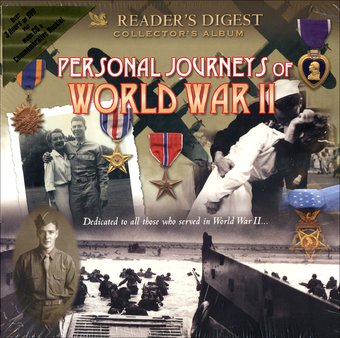 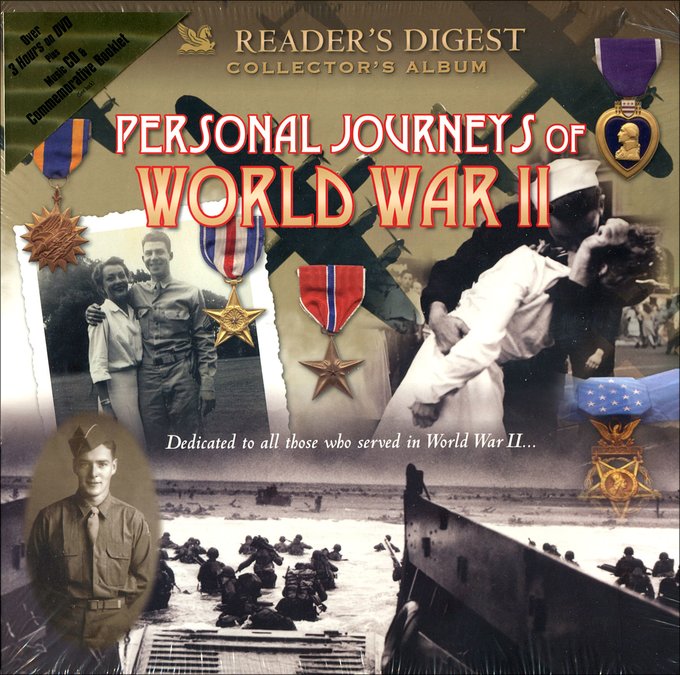 Reader's Digest presents "Personal Journeys of World War II". World War II Navy Veteran and actor Glenn Ford hosts this powerful 50th Anniversary program, now available on DVD for the first time. Here are the faces, the voices, and the memories of those who served their country overseas, and those who contributed to the war effort at home. Many are no longer with us, but their personal journeys are preserved in this very special program. Priceless archival, newsreel, and combat footage enhance their rememberance. This collection includes over 3 hours of DVD footage, Commerative 64-page "Memories of World War II" booklet, and "Personal Journeys of World War II" audio cd.

Also included in this special box set, as a bonus, are two additional programs, "The Four Army Chaplains" and "Going For Broke", and a music CD, "The Best of I'll Be Seeing You: Songs That Won the War".

These are the stories of World War II as told by the people who lived them. Whether set at home or far away in dangerous lands, these tales inspire feelings of courage and honor about what these brave souls had to go through in order to survive. Hosted by Glenn Ford, this documentary is a sentimental trip through one of the most difficult periods in American life.

73%off
That's Black Entertainment - Westerns
$3.98 on Sale
Add to Cart