He's Never Been To Earth. He's Never Even Slept Over Some Other Dude's House. 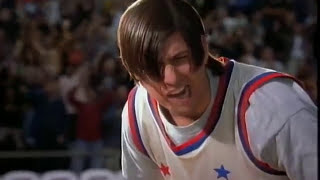 Continuing in the tradition of his hits THE WATERBOY and HAPPY GILMORE, Adam Sandler stars in LITTLE NICKY, a supernatural comedy about Satan's geekiest son. Nicky (Sandler) is relieved when his father (Harvey Keitel) decides to continue as ruler of the underworld for another 10,000 years instead of picking one of his bullying brothers, Adrian (Rhys Ifans) or Cassius (Tom "Tiny" Lister), to reign. Adrian and Cassius, hungry for power, decide to travel to New York City in order to spread Hell on Earth. Only Nicky can stop them and save his father--and the world--from his brothers' evil schemes. But Nicky has no idea what to expect from New York City, and he has to deal with new activities such as eating, sleeping, and meeting a new girlfriend, Valerie (Patricia Arquette). His friends Mr. Beefy, a talking bulldog, and John and Peter, a pair of hardcore heavy metal fans, try to help Nicky stand up for himself and eventually save the universe. LITTLE NICKY features a cast of regulars from other Adam Sandler movies, plus a hilariously bizarre sense of humor that allows all sorts of odd and twisted things to happen.