The Day My Parents Ran Away PG

Currently Out of Stock: We'll get more as soon as possible
Notify Me When Available
Add to Wishlist
Format:  DVD
item number:  XRI 8361D
Our customers love us! 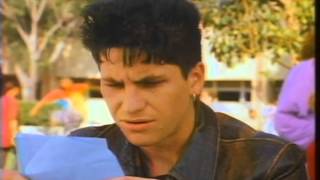 The Day My Parents Ran Away Trailer 1993

When a rebellious 16 year-old's parents get fed up and run away from home, the teen gets his first taste of freedom - and responsibility - in this rollicking comedy.

At one time or another, most teenagers have fantasized about: being rid of their parents, living in a huge house, and having unlimited access to a credit card. All three wishes come true for tough-talking 16-year-old Matt Miller, when his fed-up parents leave him to start life anew. Despite the potential for unlimited teenage fun, Matt finds that life on his own is more difficult than he anticipated, particularly after the laundry piles up, and he grows tired of TV dinners. Suddenly, Matt wants his parents back. However, after Matt tracks his parents down, they deliver a big surprise: they're not returning home.