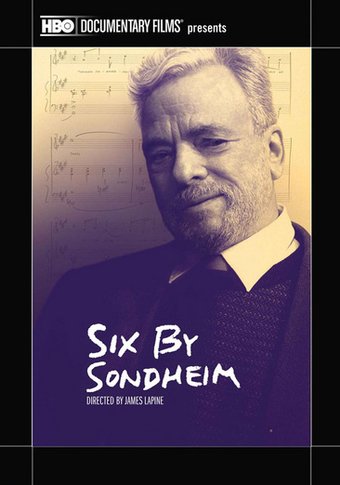 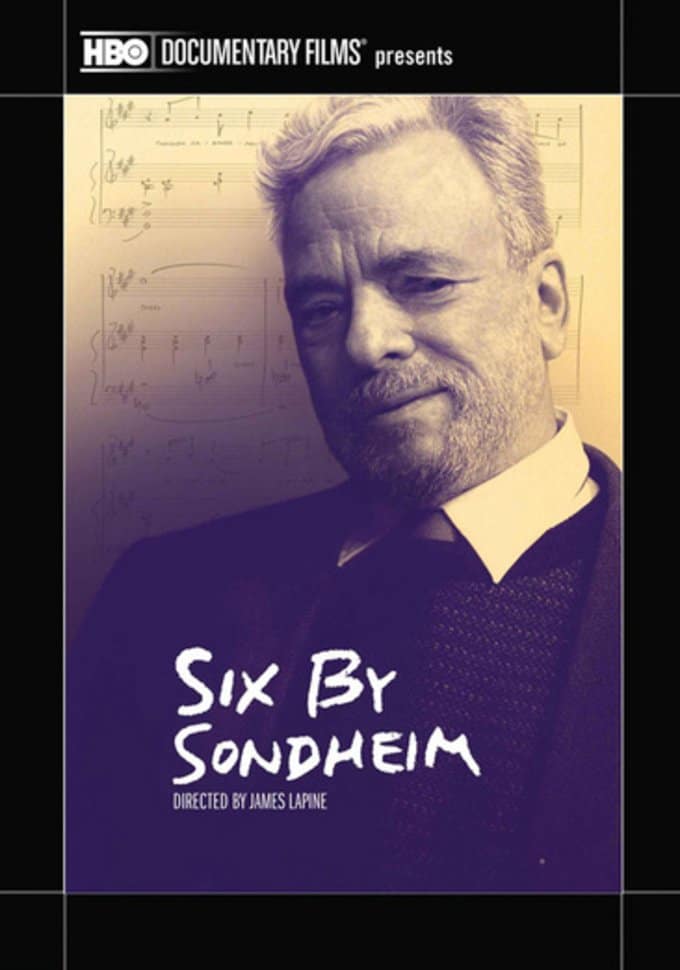 "Everybody has problems. Nobody goes through life unscathed, and I think if you write about those things, you're going to touch people," says Stephen Sondheim at the start of Six By Sondheim, an intimate look into his long and prolific career creating ground-breaking work that has redefined the musical theater. Directed by award-winning Broadway director and playwright James Lapine, and predominantly told by Sondheim himself, this film weaves together dozens of interviews of Sondheim, conducted throughout his illustrious career. Archival performances of Sondheim standards by stars like Bernadette Peters, Mandy Patinkin, Dean Jones, Yvonne de Carlo, Larry Kert and Ethel Merman are interspersed with new performances produced exclusively for this feature documentary, showcasing such stars as Audra McDonald, Darren Criss and America Ferrera. Blending theatrical footage with rare interview footage and Sondheim's candid anecdotes, the six songs featured in the film are: "Something's Coming," "Opening Doors," "Send in the Clowns," "I'm Still Here," "Being Alive" and "Sunday." Art and life are intertwined for Sondheim, and Six by Sondheim is a story of both.

Good Will Hunting
$10
Add to Cart