Lee Andrews & The Hearts For Collectors Only (3-CD) 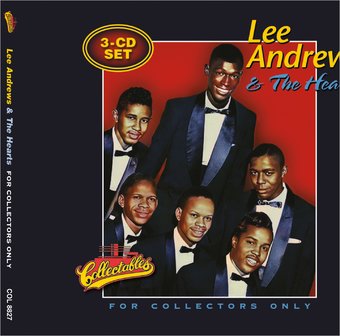 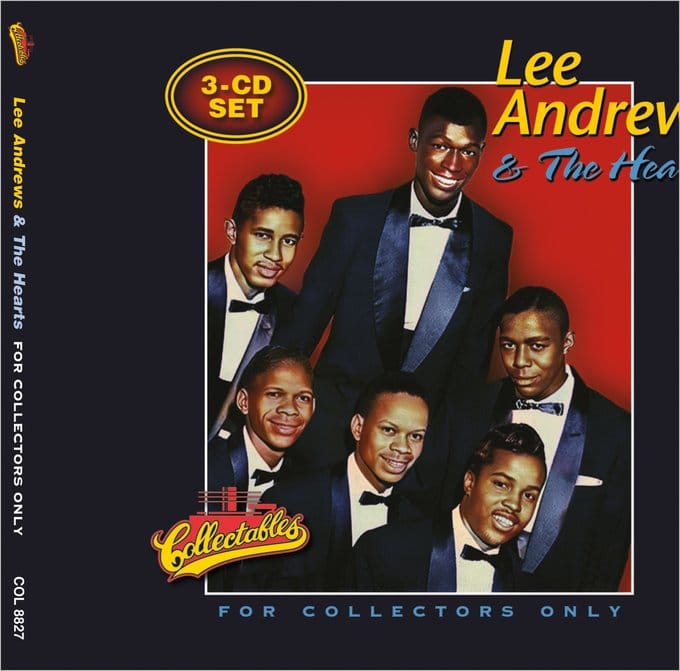 The king of "Hearts" collection! Lee Andrews formed the band in 1952 (among its members were Thomas "Butch" Curry, Ted Weems, and Roy & Wendell Calhoun) and they achieved their greatest fame in the late '50s. You'll hear their biggest hits "Tear Drops" and "Try the Impossible" and "Long Lonely Nights"on this 3-CD collection which includes many demos and unreleased tracks.

Includes liner notes by Marv Goldberg.
A meticulous, aptly-titled anthology of Lee Andrews and the Hearts' recordings, but if you're not knee-deep into them, one of their smaller collections will be easier on your Visa and should suffice. This is the whole kit and caboodle: 61-tracks of classic '50s doo wop, featuring previously unreleased songs, demos, and alternate versions, as well as every A- and B-side they released, from their debut "Maybe You'll Be There" on Rainbow Records (1954) to the beautiful "Island of Love" on Lost Nite Records (1968). The pioneering group influenced a slew of Philly vocal groups, including the original, pre-Teddy Pendergrass, Blue Notes and the Intruders. The Intruders redid the Hearts' most successful recording, "Teardrops," on their Save the Children album. For Collectors Only is a flowing gathering of smooth, classy doo wop at its best. ~ Andrew Hamilton


The one glariing omission to this set has always been that the parkway sides were left out of it. I am sure that I am not the only one thar remembers I'm Sorry Pillow.


Lee Andrews & the Hearts were one of the smoothest and mellowest Doo Wop sounds of our time. They are simply a pleasure to listen to also.