The Crests For Collectors Only (2-CD) 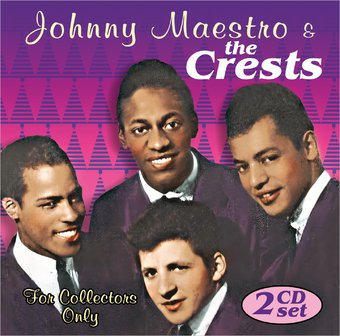 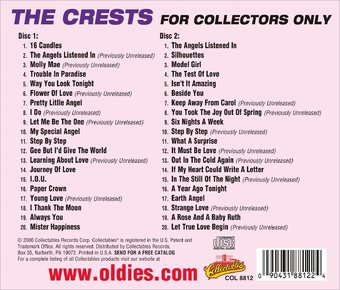 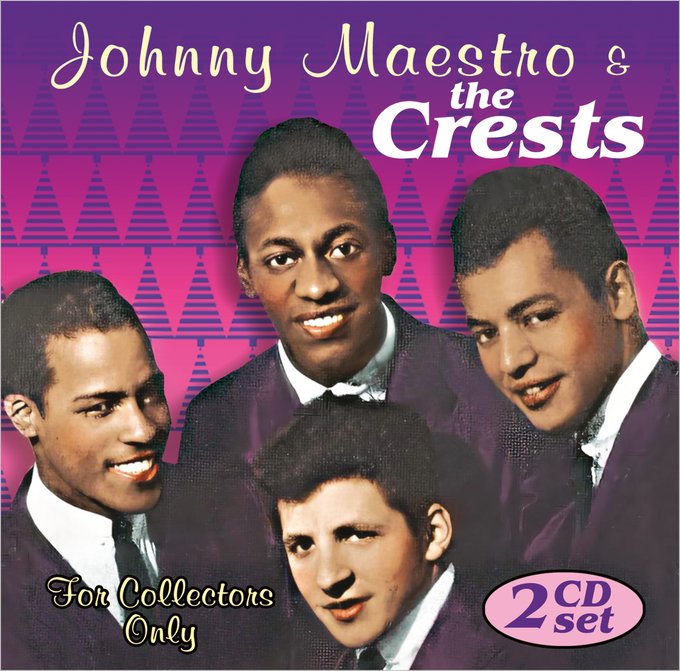 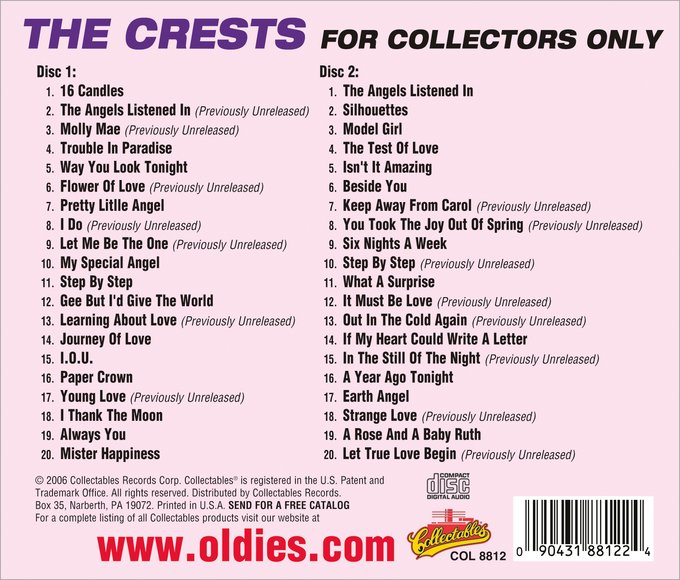 Johnny Maestro (later the leader of The Brooklyn Bridge) first came to fame as the lead singer of the group The Crests. The group's beginnings are music legend - they were discovered singing in a subway car by a mysterious woman who gave them the business card of Al Browne, the orchestra leader who gave them their first big break. This 2-CD set features the best of The Crests' work done originally for Coed records, songs like "16 Candles" sound as strong today as when first recorded.

The Crests: Johnny Maestro, Jay "J.T." Carter, Harold Torres, Talmage "Tommy" Gough.
Liner Note Author: Mark Marymont.
A 40-song overview of the Crests, one of R&B's first integrated groups (lead vocalist Johnny Maestro is white). Though racially mixed, listeners were never conscious of that when listening to their music because Maestro's feel for doo wop was genuine. His leads were as extraordinary as any in the business. Not an original member, Maestro joined when they debuted on Joyce Records in 1957 as a quintet with Patricia Vandross (Luther Vandross' older sister); Vandross left before the Coed recordings, reducing the Crests to quartet. Prior to the Crests, Maestro sang with Tony Orlando in another integrated group. The 40 tracks are almost a complete discography of their glory years on Coed Records from 1958 to 1961, and the tunes aren't in chronological order. Their most noted singles -- "16 Candles," "Six Nights a Week," and "The Angels Listened In" -- are here, along with stimulating remakes like "Earth Angel" and "I Remember (In the Still of the Night)." Their final Coed recording is missing, which makes the "for collectors only" tag dubious. (Nothing before the Joyce sides or after Coed made this collection either.) Maestro left after Coed, but some members regrouped and recorded on Selma and Trans Atlantic Records. Maestro failed as a solo artist and as Johnny Maestro & the Crests on Parkway Records with the Tymes backing him, before happier times with Brooklyn Bridge. ~ Andrew Hamilton

60%off
The Classics
Very Best of Till Then
$5.98 CYBER WEEK
Add to Cart


There are many wonderful songs on THIS compilation that you won`t find on the other available entrees.For example, Johnny`s version of "Earth Angel" is excellent and a close 2nd to the Penguins legendary original.His version of "My Special Angel" may be his most beautiful performance, ever, (even better than his later Brooklyn Bridge ballads).There are also a few surprise gems on here such as the little known"Flower of Love","IOU" and a rousing version of "Silhouettes".Despite the absence of their early release "No one to love", this is the most complete collection you'll find of Johnny Maestro and the Crests.