The truth is just a point of view 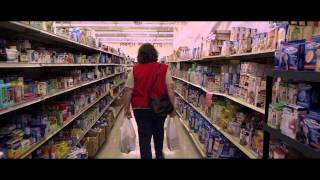 An alleged rape gets examined and reexamined in this low-budget thriller from Midwestern-based filmmaker Zack Parker. Margo Martindale (JUSTIFIED) stars as Janice, the heavyset, middle-aged mother of Jakob (Adam Scarimbolo). He's a neurologically damaged mute who requires constant attention. When Janice makes the mistake of hiring an attractive college student named Paige (Hanna Hall) to look after Jakob, conflict erupts between the co-ed and her charge; a traumatized Paige claims that the enigmatic young man assaulted her, which leads to Jakob's incarceration and drives Janice to seek vengeance against Paige. Parker tells the same story three times, RASHOMON-style; he begins by filtering events through Janice's perspective, then retells it from Jakob's and finally Paige's.