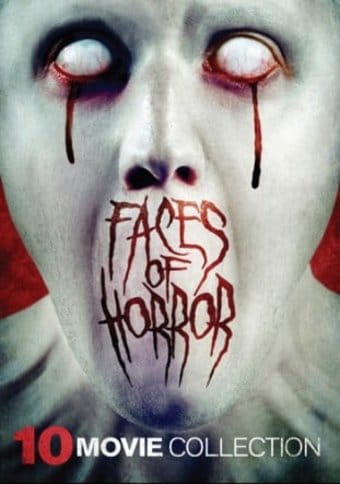 A terrified young baby-sitter...an incessantly ringing phone...and whispered threats set the stage for one of the most suspenseful thrillers ever filmed. Carol Kane stars as the baby-sitter who is tormented by a series of ominous phone calls until a compulsive cop (Charles Durning) is brought on the scene to apprehend the psychotic killer. Seven years later, however, the nightmare begins again when the madman returns to mercilessly haunt Kane, now a wife and mother. No longer a naive girl, though still terrified, but prepared, she moves boldly to thwart the maniac's attack in scenes that culminate in a nerve-shattering conclusion.

Get ready for a taut mystery-shocker that will keep you at your wit's end and at the edge of your seat. Popular high school senior Virginia Wainwright (Melissa Sue Anderson) survives a freak accident, but suffers from memory loss and traumatic blackouts. As she attempts to resume a normal life, something terrible is happening - her friends are ruthlessly murdered one-by-one. Will she be the next victim or is she the killer? The terrifying truth is finally uncovered at Virginia's 18th birthday party and you're invited!

A photographer who specializes in taking pictures for men's magazines is disturbed by his recurring dreams dealing with the apparent murder of his models. When his models begin showing up gruesomely killed, the photographer and his psychiatrist fear he may indeed be a killer. The photographer struggles to find out the truth behind the killings, whether he is responsible or he is being set up by someone else.

This suspenseful tale takes place in the world of high fashion photography, where a psychotic killer stalks the models who have gathered at a photographer's remote ranch. As the bodies begin to appear, the depravity in which the victims were murder indicates a twisted and sadistic mind. The remaining models and the photographer must protect themselves at all costs, while wondering if the killer is one of them or some stranger who is butchering them.

A deranged Vietnam veteran becomes a serial killer who targets the female models he photographs in their lingerie. After the killer dispatches each victim, he calls the female host of a radio show to talk about his problems and behavior. While the police attempt to track him down, the killer decides to set his sights upon the radio psychologist and begins stalking her.

A young man kills his own father and is subsequently set to a mental institution where he remains for many years. Upon his release, he returns home to discover his mother has remarried and, after growing to dislike his new step-father, murders the gentleman as well as his own mother. The crazed man then turns his attention to a young artist whom he has become obsessed with and continues his murderous ways in order to be with her.

A man inherits his family's mansion that has been unoccupied for years and was at one time a mental hospital. Desperate to sell for much-needed cash, he sends his attorney to the mansion to prepare it for sale. Unfortunately at the same time, a deranged killer escapes from a nearby institution and returns to the town and the mansion, both which hold some dark and sinister secrets.

A rich New York City businessman decides to take his fiancee and a few friends upstate to his vacation home to relax. Everyone seems to be enjoying their time resting, drinking and enjoying each others company. This good time is spoiled by the appearance of a masked killer who begins stalking and then butchering the vacationers one by one.

A deranged killer is stalking the citizens of a small-town, brutally killing a family and abducting the daughter. The town is terrified of these events and is unable to find the killer. Only a former cop with psychic abilities appears to be the town's hope of tracking down the murderer and finding the missing girl.

A has-been movie make-up man has gone over the edge by kidnapping an actress and hiding her on the back lot sound stage of an old movie studio. While there, he forces the actress to perform scenes from various productions, all the while shouting orders to imaginary crew members and spiraling further into madness. Faced with death through starvation or by his hand, the actress must try to reason with a man who has clearly lost his mind.