Currently Out of Stock: We'll get more as soon as possible
Notify Me When Available
Add to Wishlist
Format:  DVD
item number:  XRI 12182D
More products that might interest you:
Classic Horror Collection: 20 Full Color Vintage Movie Postcards (Movie Collectible) $4.78
Related products:
Death and Cremation for $3.98
Dark Night of the Scarecrow for $12.50
Bonehill Road for $16.40
91% recommend us! 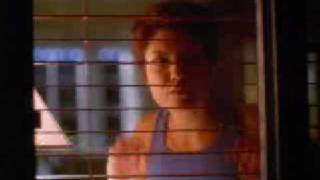 Lonely, teenage trailer-trash nerd Lester has taken all the bullying he can take. Even girls, and his mother's boyfriend have made him suffer needlessly. The one girl that's nice to him is Judy, the sheriff's daughter. But when he sees her kissing a boy, he feels betrayed. That night, he has a fight with his mother's boyfriend, which leaves Lester dead, hanging from a tree. A year later, teens are being murdered around town, and Judy discovers that Lester's restless spirt has possessed a scarecrow and is making his tormentors pay...and she could be next!

Parts of the Family - 2 Movies of the same Zombie Story (DVD)
$10.20 Super Savings
Add to Cart