The Moments On Top 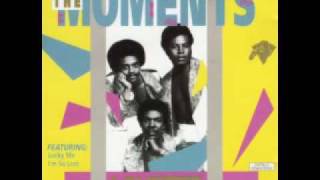 The Moments Lucky Me (Music Video) 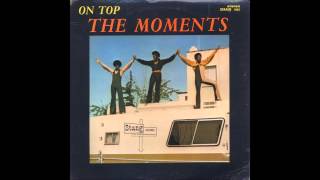 The Moments - All I Have (Music Video)

On Top is a perfect example of the subjectivity of musical taste. Among collectors, this is considered the most valuable of all the albums recorded by the Moments on Stang Records. It's alright, but it's not all that, and it doesn't come close to being a favorite by the three guys who later became Ray, Goodman & Brown. An original copy of this LP starts at around $50, others by the Moments go for between $10 and $20. Two minor R&B hits, "Lucky Me," a song that Billy Brown claims to hate, and "All I Have," are the most recognizable. Both are George Kerr compositions/productions, and each features Brown's ice-melting falsetto. Also included are two singles that are different from anything the group had ever done, "I Can't Help It" and "That's How It Feels." Sylvia Robinson also recorded "I Can't Help It," and to be honest, the song suited her better. It was the A-side of "To You with Love," a lovely floating ballad sung by Harry Ray that featured the groups' patented handclaps. "That's How It Feels was a two-parter wherein Brown's voice rode atop a bed of rhythms on a tune more aptly define as a love suite than a song. Neither impressed the jocks nor the buying public. A charming but sorrow-filled "I Lost One Bird in the Hand" is an impressive, slow lamenter crooned by Ray. The only uptempo number, other than the herky-jerky "I Can't Help It," is "Sweeter as the Days Go By," led by Brown in his natural, gospel-inspired tenor. ~ Andrew Hamilton

54%off
The Moments
Live At The Miss Black America Pageant
$5.98 on Sale
Add to Cart

22%off
White Lines And Other Rap Classics
$6.99 on Sale
Add to Cart