Members of a badly outnumbered American battalion overcome great odds to defeat the Japanese in Burma during WWII.

4.4K ratings
Currently Out of Stock: We'll get more as soon as possible
Notify Me When Available
Add to Wishlist
Format:  DVD-R
item number:  6E465
Also released as:
Never So Few (Blu-ray) for $20.80
91% recommend us! 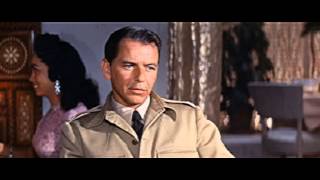 Capt. Tom Reynolds (Frank Sinatra), a charismatic guerrilla fighter, heads a combined British and American force assigned to repel Japanese invaders in Burma during World War II while training the Kachin natives in his style of warfare. During quieter moments, he finds time to romance Carla Vesari (Gina Lollabrigida), the voluptuous paramour of enigmatic local businessman Nikko Regas (Paul Henreid). Dispensing with the niceties of seduction, Reynolds explains to his conquest, "I kissed you, you kissed me back. I got the message." Although ordered to remain in Burma, Reynolds gets annoyed when his Kachin friends are attacked by Chinese nationalists commanded by Chiang Kai-shek. Defying orders, he leads his guerrilla unit over the border into China for some particularly brutal payback. As a result, he will have to deal with legal retribution, possibly a court-martial, upon his return. Meanwhile, Carla must decide whether to stay with Regas or leave for a new life in the U.S. with Reynolds.

Action | Thriller | World War II | Theatrical Release
This product is made-on-demand by the manufacturer using DVD-R recordable media. Almost all DVD players can play DVD-Rs (except for some older models made before 2000) - please consult your owner's manual for formats compatible with your player. These DVD-Rs may not play on all computers or DVD player/recorders. To address this, the manufacturer recommends viewing this product on a DVD player that does not have recording capability.