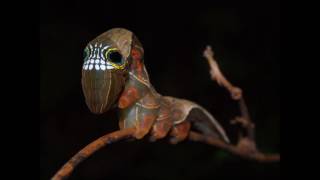 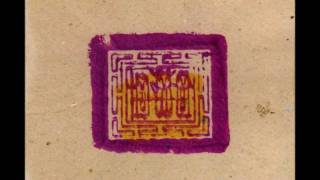 C93 - The God of Sleep has made his House (Music Video)

Sleep Has His House was recorded in February 2000, a few months after the passing of David Michael Tibet's father. It is easily the most minimal and personal of all Current 93 recordings. Michael Cashmore played all the instruments except the harmonium, which is played by Tibet. Nurse with Wound's Steve Stapleton played "the world." (It can safely be assumed that the sonic treatments on individual instruments here were done by him, perhaps even a bit of keyboard playing.) "Good Morning, Great Moloch" has been a solid part of C93's live show since this meditative, tender, and somewhat spooky recording was issued. Tibet sings simply and recites poetry to music. The base sound of the harmonium is the constant here. It's simple droning is what roots the music to the earth. Tibet's voice, Cashmore's playing, and Stapleton's treatments are what give this somber little album its air, water, and slow-burning fire. There are a few instrumentals here, such as "Love's Young Dream" and "Lullaby," that create a sense of constancy; there is a sense of repetition that gives it an almost liturgical feel. There are lengthy instrumental outros to both "The Magical Bird in the Magical Woods" and "Immortal Bird," filling out the elemental nature of these beautiful songs and lending the set texture, some color, and only a hint of drama. The most beautiful moments here are the gorgeous "Red Hawthorn Tree," with its opening lyrics that summarize so beautifully the enormity and impossibility of Tibet's thought: "She appeared as blood and fluid to me/Tides and sleep/I caught her eyes open saucerwide/As she turned into the sky/She bit her lips/And stared sullenly into the bleached silence.." The music is almost medieval in its processional quality, focus, and fixed dynamic, and so haunted and otherworldly that it captures the essence of Tibet's fixation on Thunder Perfect Mind. The title cut, over 24 minutes in length, is little more than a chant and harmonium round. It is, however, utterly powerful as an expression of grief and an entreaty for the compassion of both the human and spirit worlds. The set ends with "The God of Sleep Has Made His House," a coda to the title cut that immediately precedes it. But Tibet's poetry for this moment is adapted in part from John Gower's deeply moving poetic treatise Confessio Amantis (Lover's Confession). The recording ends almost abruptly, though over an hour has transpired. The silence is total, deafening, eternal: "Have pity for the dead/There is no death/Sleep has his house.." ~ Thom Jurek

Jackie DeShannon
Keep Me In Mind: The Complete Imperial and Liberty Singles,...
$13.60
Add to Cart