Get email alerts for Grateful Dead
Currently Out of Stock: We'll get more as soon as possible
Notify Me When Available
Add to Wishlist
Format:  CD
item number:  ZENG 71672
92% recommend us! 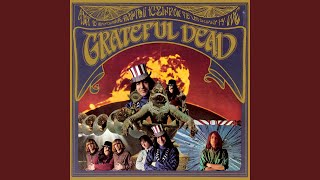 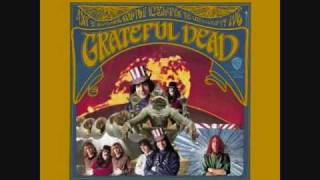 (Walk Me Out in the) Morning Dew - Grateful Dead (Music Video)

Uncut
"[T]he reissue argues the case that the Dead initially had the fuzz-and-Farfisa sound that would still get them on the hippest garage-rock compilations today."
Mojo (Publisher) - p.152
"This is the Dead as garage band....It's improved with age and re-mastering, restoring faded guitars solos and adding prime outtakes..."

The Grateful Dead: Jerry Garcia, Bob Weir (vocals, guitar); Ron "Pigpen" McKernan (vocals, harmonica, keyboards); Phil Lesh (vocals, bass); Bill Kreutzmann (drums, percussion).
Recorded at RCA Victor Studio A, Hollywood, California and Coast Recorders, San Francisco, California. Includes liner notes by Blair Jackson.
All tracks have been digitally remastered using HDCD technology.
Personnel: Jerry Garcia, Bob Weir (vocals, guitar); Pigpen (vocals, organ, congas); Phil Lesh (vocals); Tom Constanten (keyboards); Mickey Hart, Bill Kreutzmann (percussion).
The Grateful Dead's self-titled first album contains the main ingredients of the unique musical stew the band would brew over the coming years. Upon its release in March 1967, it brought the musical and philosophical ideals of the freak counter-culture out of the Bay Area and into the ears of mainstream America.
"The Golden Road (To Unlimited Devotion)" is a Summer Of Love anthem nonpareil. "Good Morning Little Schoolgirl" shows off the Dead's ability to reinterpret the blues, and Pigpen's natural front-man qualities. The hyperactive rockabilly of Jesse Fuller's "Beat It On Down The Line" and the rearranged traditionals "Sitting On Top Of The World" and "Cold Rain And Snow" are proof that, despite the group's anti-establishment fashions, their lyrical symbols and musical forms were as time-honored as the English folk-tale that provided their name. While the cover of Bonnie Dobson's eerie anti-war epic "Morning Dew" and the women-and-wine rocker "New, New Minglewood Blues" are energetic portrayals of hippie values, the closing number, Noah Lewis's "Viola Lee Blues," is the album's grand, mind-blowing concoction and a highlight. The remastered version's live bonus tracks include some never-recorded garage-rock and blues cuts and a 23-minute "Viola Lee Blues" bearing the first hints of the modal riff at the foundation of Dead milestone "Dark Star."

Grateful Dead
Pirates Of The Deep South
$25.70
Add to Cart