When their intimate sailing vacation is interrupted by the suspicious appearance of a survivor from a sinking pleasure schooner, a husband and wife must use their wits to avoid the same fate. 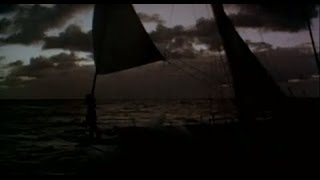 Returning from duty with the Australian navy, John Ingram (Sam Neill) is surprised to be met by two policemen, who inform him of an accident that has left his son dead and his wife, Rae (Nicole Kidman), injured. The grieving couple seeks efuge on their yacht. Out on the boat, the skies are sunny, the sea calm... but on the horizon is another vessel, the Orpheus. As John and Rae approach the ship, they find a lone survivor, Hughie Warriner (Billy Zane), who tells them that the other crew members have died of food poisoning. Leaving Rae behind with the sleeping Hughie, the suspicious John boards the Orpheus, only to be confronted with a horrifying situation.

Adventure | High Seas | Psychos | Suspense | Thriller | Recommended | Theatrical Release
This product is made-on-demand by the manufacturer using DVD-R recordable media. Almost all DVD players can play DVD-Rs (except for some older models made before 2000) - please consult your owner's manual for formats compatible with your player. These DVD-Rs may not play on all computers or DVD player/recorders. To address this, the manufacturer recommends viewing this product on a DVD player that does not have recording capability.