Jean Simmons portrays young Bess in this rich tapestry of a film that traces the tumultuous, danger-fraught years from Elizabeth's birth to her unexpected ascension to the throne at a mere 25. 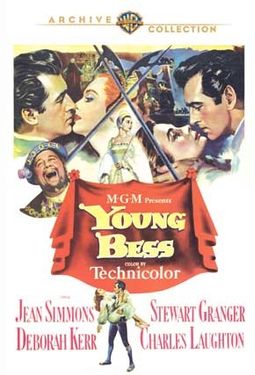 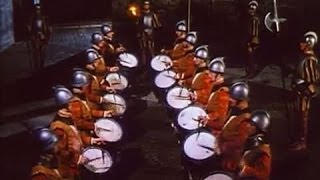 The mother died under the executioner's axe; the daughter rose to become England's greatest monarch - the brilliant and cunning Queen Elizabeth I. Jean Simmons portrays young Bess in this rich tapestry of a film that traces the tumultuous, danger-fraught years from Elizabeth's birth to her unexpected ascension to the throne at a mere 25. Charles Laughton reprises his Academy Award-winning role as her formidable father Henry VIII. Deborah Kerr plays her last stepmother (and Henry's last of six wives), gentle Catherine Parr. And Simmons' then real-life husband, Stewart Granger, adds heroics as Lord Admiral Thomas Seymour. In a resplendent world of adventure, romance and court intrigue, Young Bess reigns.

"Young Bess" tells the turbulent love story of Thomas Seymour and the future Queen Elizabeth. The pair conduct a clandestine affair from the very start because of Seymour's marriage to King Henry's widow, Catherine. Unfortunately for them, Thomas' brother, the plotting Ned Seymour, uncovers the impropriety and uses the valuable knowledge to manipulate "Bess" at court. Desperate, young Elizabeth begs her little brother, now King Edward VI, for help.

The Man in the Iron Mask
$18.60 Super Savings
Add to Cart