History Channel: The Execution of Jesus 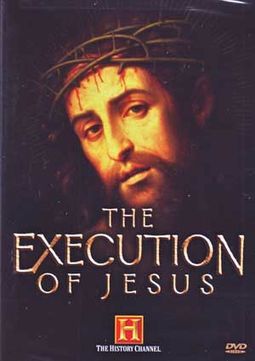 4 ratings
Available: Usually ships in 2-4 business days
Add to Cart
Add to Wishlist
Format:  DVD
item number:  QQS4
Related products:
National Geographic - In Search of Easter for $3.98
History Channel: Judas - Traitor or Friend? for $3.78
The Unknown Jesus for $23.50
The Jewish People: A Story of Survival for $23.50
History Channel: The Crusades - Crescent & the Cross (2-DVD) for $19
91% recommend us!

Delve deep into the origins and enigmas of the scriptures with this groundbreaking program from the acclaimed series, Mysteries of the Bible. No death in all of history has had a greater impact on mankind than the Biblical account of the death of Jesus Christ. And while his life is cloaked in mystery, the details of his death remain even more veiled. Could events have occurred as written in the Bible? Join scholars and archaeologists on a historic inquiry into the biblical account of the last days of Jesus. Follow Him from His Passover entry into the Temple to the Last Supper; from trial to execution and miraculous resurrection. Walk the streets of Jerusalem's Old City in His footsteps, and explore a tomb in a cave near Mount Zion that dramatically alters our understanding of the greatest story ever told.

Narrated by Jean Simmons and Richard Kiley, this History Channel documentary follows scholars and archaeologists as they explore the historical facts behind biblical accounts of Jesus Christ's final days--from the Last Supper to the crucifixion to a mysterious tomb found in a cave near Mount Zion.

Though Christ's death changed the world forever, little is known about His life...
Join scholars and archaeologists as they search for information about the historical Christ. Walk along the streets of Jerusalem where Jesus spent his final days, and visit the cave near Mount Zion where He was spectacularly resurrected.

The History Channel: The Plague (DVD)
$10
Add to Cart