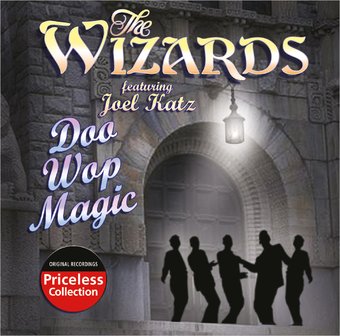 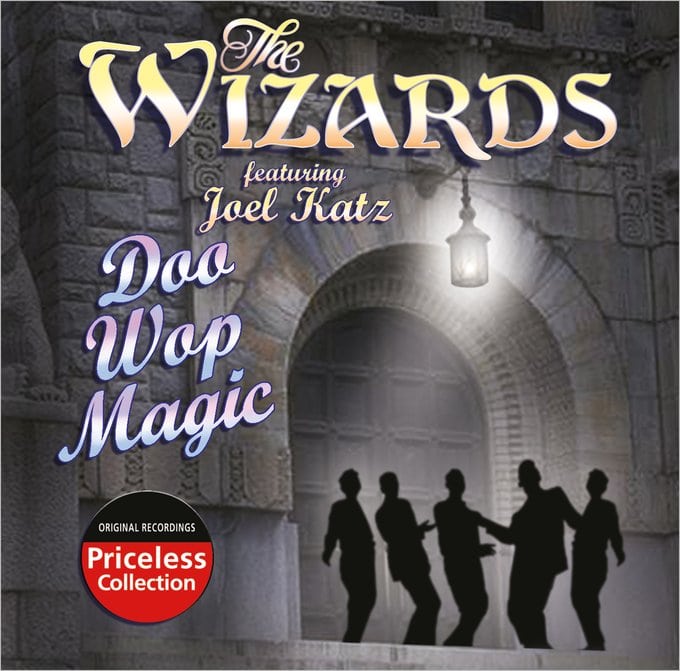 A marvelous set of doo wop covers from The Wizards, featuring Joel Katz. Includes versions of the Four J's "Here Am I Broken Hearted," "What Brought Us Together" by The Edsels and gorgeous original group harmony tracks "Street Corner" and "Guardian Angel."

The Wizards: Tom Lewandowski, Jeff See, Rob Brembt, Don Dougherty, Joel Katz.
Personnel: Rob Brembt, Don Dougherty, Joel Katz (vocals).
Audio Mixers: Joel Katz; Johnny Maestro.
Recording information: Broadway South, Fair Lawn, NJ.
The Wizards were formed in 1981 for a Joel Katz studio project, one of several such groups the singer has fronted over the years. The Wizards per se remained a recording group with Katz on lead vocals until roughly 1985, turning out well-recorded facsimiles of vintage doo wop material that unfortunately added little innovation to the genre. This ten-song sampler presents some of the group's better tracks, including the deliberately nostalgic (in truth, all of Katz's projects fall under the nostalgia tag) "Remember Then," the light, sprung rhythm of "The Key to My Heart," and "Street Corner," which starts out as a homage to a lost era and ends up being yet another love song. As a group essentially caught out of time, the Wizards' deliberate throwback sound means they are virtually indistinguishable from the authentic vocal groups of the actual doo wop era, which is either a great thing or a sad thing, depending on one's stance and position on such things. This brief collection is probably all anyone would need to make the call. ~ Steve Leggett

25%off
Joel Katz / Johnny Maestro & The Brooklyn Bridge
Christmas with Johnny and Joel
$5.98 on Sale
Add to Cart
(2)