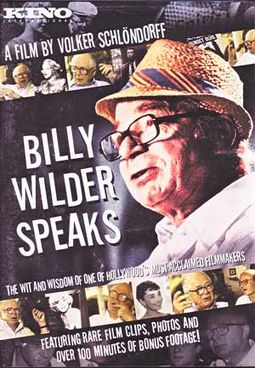 Culled from a three-part interview conducted by Volker Schlondorff and Gisella Grischow in 1988, these talks with Billy Wilder (SOME LIKE IT HOT) shed insight onto the life and art of one of the twentieth century's most important directors. The director speaks candidly about his early days in Vienna, and fleeing Europe for Hollywood when Hitler came to power. In addition to Wilder's sparkling conversation, archive footage of his films featuring the glitterati of the day--James Cagney, Greta Garbo, Humphrey Bogart, Alfred Hitchcock, and Shirley MacLaine, to name a few--completes the portrait.

43%off
Directors Series - William Friedkin
$3.98 on Sale
Add to Cart

78%off
An Evening With Edgar Allan Poe
$8.98 Super Savings
Add to Cart