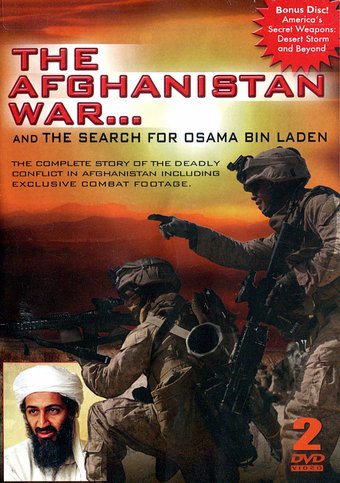 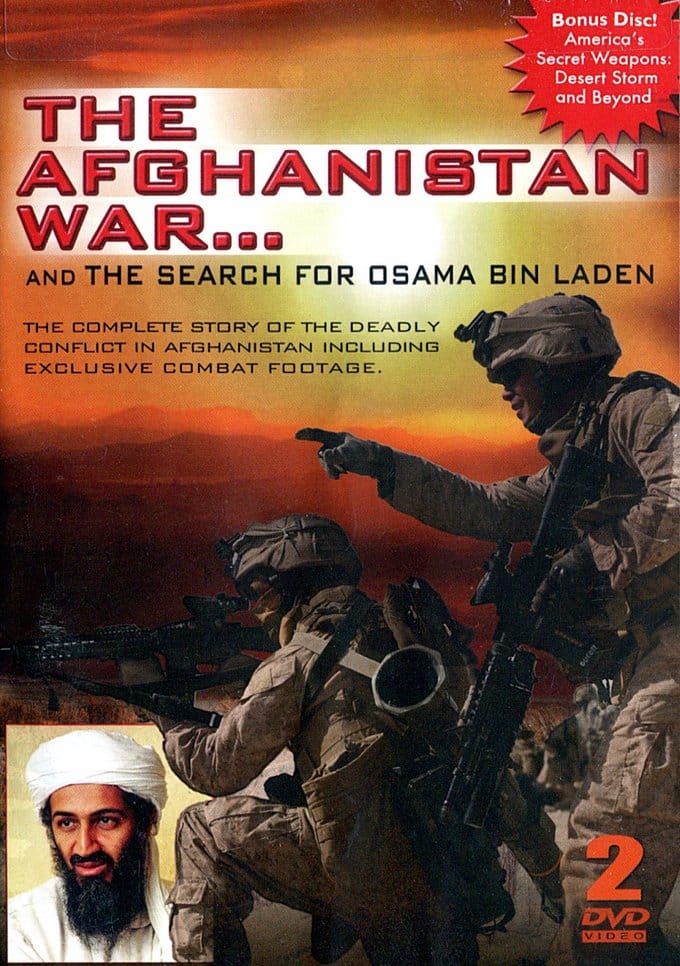 The Afghanistan War and The Search for Osama Bin Laden! 2 DVD Set! Award winning producer Robert Kline (The Kennedy's - America's Emerald Kings, Operation Desert Storm) focuses his lens on America's longest war to date, the deadly war on terror in Afghanistan and the search for Osama Bin Laden, who led the attacks on the World Trade Center and the Pentagon on September 11, 2001. The War In Afghanistan is the most complete and up-to-date history of the war on terror, the reign of the Taliban in Afghanistan and America's heroic efforts to defeat the terrorists known as al Qaeda. The events leading to the war are examined in depth, and rare and exclusive footage captures the military operations on the ground, from the first deadly air strikes to the use of drones and other highly sophisticated weaponry; from the mountain strongholds in the north to the ferocious and heroic battles in Marja and Kandahar, The War in Afghanistan captures the reality of America's desperate struggle to free the Afghan people from the clutches of terrorism, root out al Qaeda and destroy Osama Bin Laden! Also included is America's Secret Weapons - Desert Storm and Beyond! A fascinating look at the new generation of precision weapons America's mlitary is developig in the onging fight against terror. Beginning with Operation Desert Storm, these weapons changed the nature of aerial warfare forever. America's Secret Weapons takes you inside the super-secret weapons-testing facility at China Lake, California, where the Navy's VX-9 Squadron works tirelessly to refine and test these astonishing weapons. Includes exclusive interviews with VX-9 personnel and footage of these super weapons, and their guidance and delivery systems, F-18's, EA-6 Prowlers, Harrier Jets, Cobra Helicopters and more! Includes interview with General Merrill McPeak, Commander of the USAF.