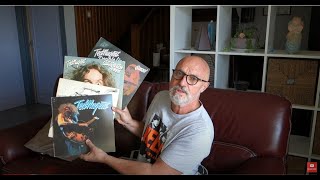 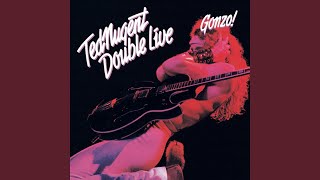 If you were a male teenager and a heavy metal fan back in the late 1970s, chances are your record collection included well-worn copies of two live albums--Kiss's ALIVE and Ted Nugent's DOUBLE LIVE GONZO. Both solidified each artist's standing as arena-headliners, as their concerts sold out due to their high-energy, entertaining live shows.
DOUBLE LIVE GONZO also marked the last Nugent album until 1982 to feature singer/rhythm guitarist Derek St. Holmes, who was a major musical contributor to Ted's solo success. A consistently riveting listen from beginning to end, individual standouts include amped-up versions of such classic Nugent rockers as "Just What the Doctor Ordered," "Stranglehold," "Great White Buffalo," and "Cat Scratch Fever."