Spirit The Best of Spirit 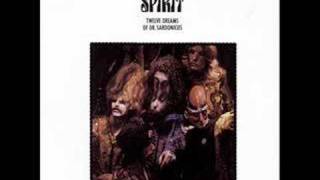 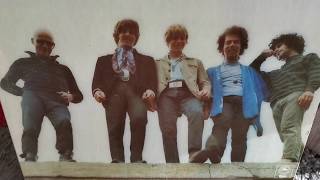 Spirit: Jay Ferguson, Randy California, John Locke, Mark Andes, Ed Cassidy.
Producers: David Briggs, Lou Adler, Spirit.
Recorded between 1967 & 1970. Includes liner notes by Ron Garmon.
The members of Spirit had such wide-ranging musical backgrounds it's a wonder that they came together at all. The band managed to create four fine albums before splintering and reforming in a series of altered lineups. The group's blend of jazz, rock & roll, and pop leanings resulted in some surprising singles. Perhaps most audacious was the group's first hit, "Mechanical World." The song sounds like nothing else on the radio before or since, and says a great deal about the breadth of radio programming in the '60s.
The band's breakthrough chart hit was "I Got a Line on You." Not surprisingly, this song reached the heights it did by narrowing its focus down to a winning match of riffs and hooks. With the album THE TWELVE DREAMS OF DR. SARDONICUS, Spirit had its first commercially successful LP (though Spirit unfortunately disbanded after its release). Two songs in particular helped reel in new listeners, "Nature's Way" and "Mr. Skin," both of which are featured here. This collection is a fine short introduction to Spirit. For a more in-depth look, try the two-disc TIME CIRCLE set.