The Jungle Princess (Silent) (with Bonus Short, "Wild Life on the Veldt")

Feature version of a rare silent serial about an adventurer who discovers a lost princess imprisoned by slavers in the jungles of Africa. 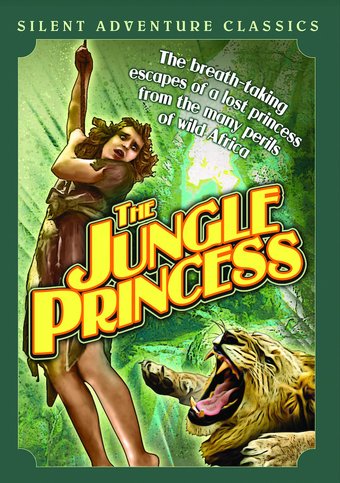 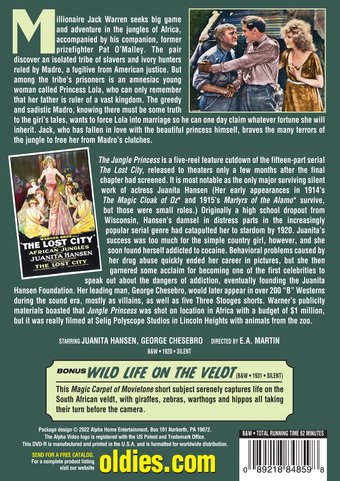 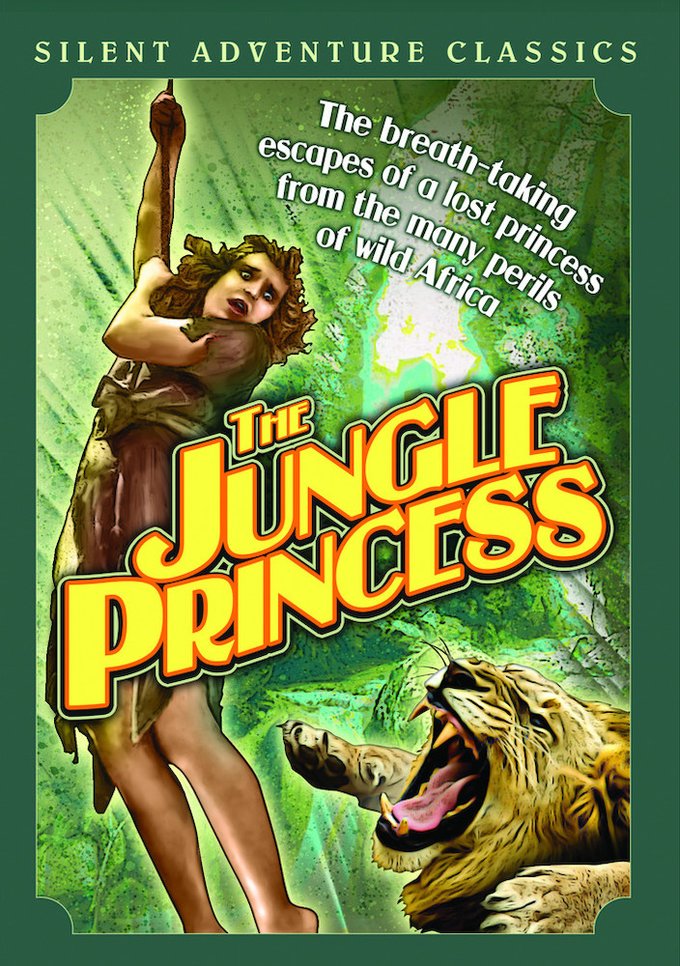 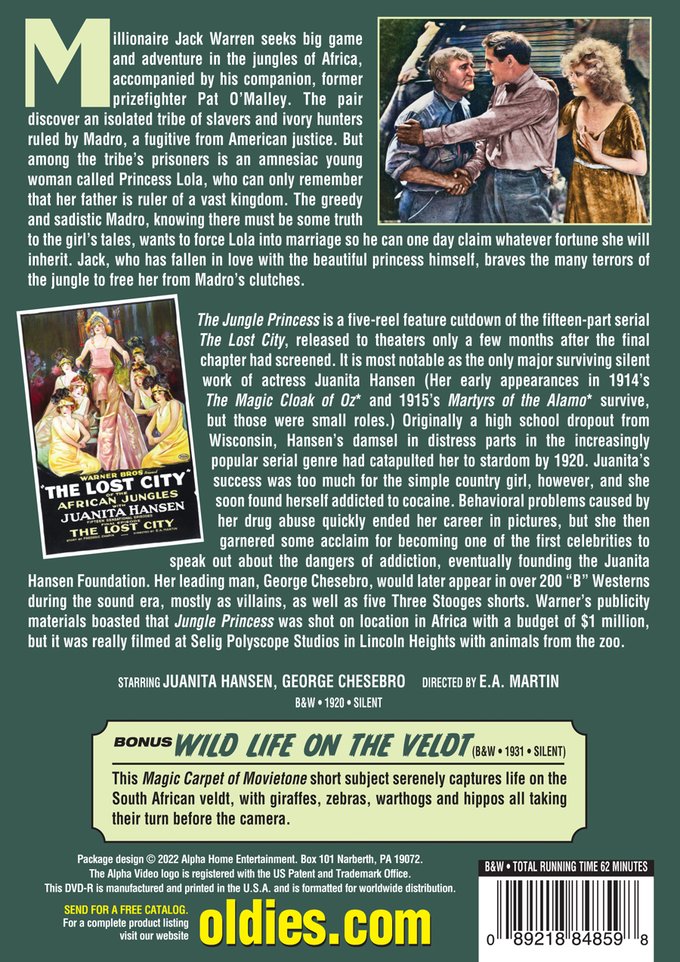 Millionaire Jack Warren seeks big game and adventure in the jungles of Africa, accompanied by his companion, former prizefighter Pat O'Malley. The pair discover an isolated tribe of slavers and ivory hunters ruled by Madro, a fugitive from American justice. But among the tribe's prisoners is an amnesiac young woman called Princess Lola, who can only remember that her father is ruler of a vast kingdom. The greedy and sadistic Madro, knowing there must be some truth to the girl's tales, wants to force Lola into marriage so he can one day claim whatever fortune she will inherit. Jack, who has fallen in love with the beautiful princess himself, braves the many terrors of the jungle to free her from Madro's clutches.

The Jungle Princess is a five-reel feature cutdown of the fifteen-part serial The Lost City, released to theaters only a few months after the final chapter had screened. It is most notable as the only major surviving silent work of actress Juanita Hansen (Her early appearances in 1914's The Magic Cloak of Oz and 1915's Martyrs of the Alamo survive, but those were small roles.) Originally a high school dropout from Wisconsin, Hansen's damsel in distress parts in the increasingly popular serial genre had catapulted her to stardom by 1920. Juanita's success was too much for the simple country girl, however, and she soon found herself addicted to cocaine. Behavioral problems caused by her drug abuse quickly ended her career in pictures, but she then garnered some acclaim for becoming one of the first celebrities to speak out about the dangers of addiction, eventually founding the Juanita Hansen Foundation. Her leading man, George Chesebro, would later appear in over 200 "B" Westerns during the sound era, mostly as villains, as well as five Three Stooges shorts. Warner's publicity materials boasted that Jungle Princess was shot on location in Africa with a budget of $1 million, but it was really filmed at Selig Polyscope Studios in Lincoln Heights with animals from the zoo.

BONUS: Wild Life on the Veldt (1931): This Magic Carpet of Movietone short subject serenely captures life on the South African veldt, with giraffes, zebras, warthogs and hippos all taking their turn before the camera.