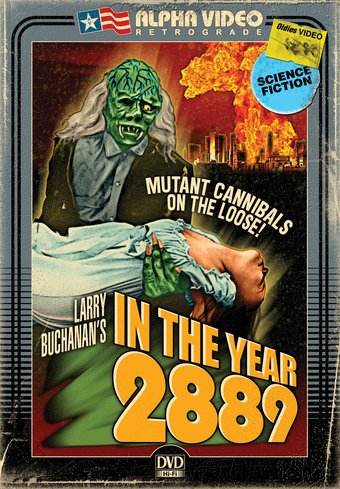 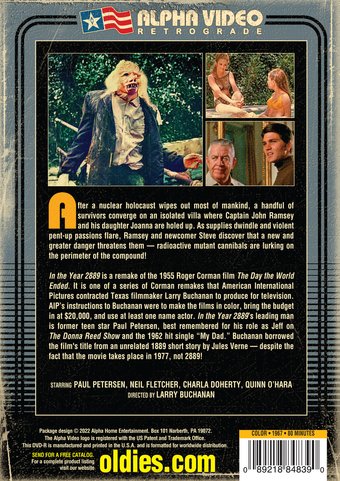 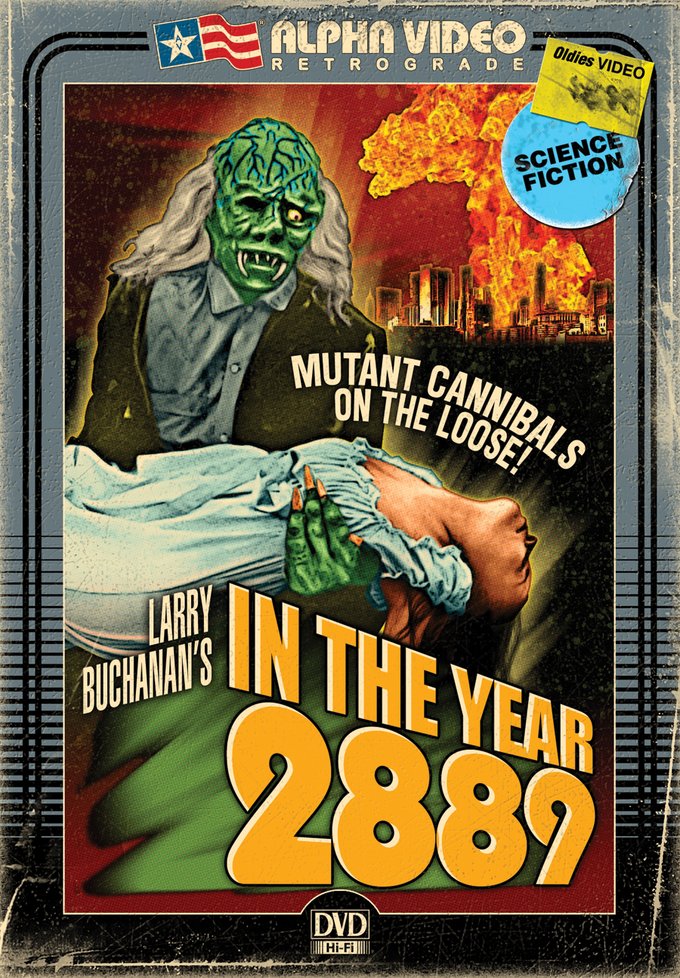 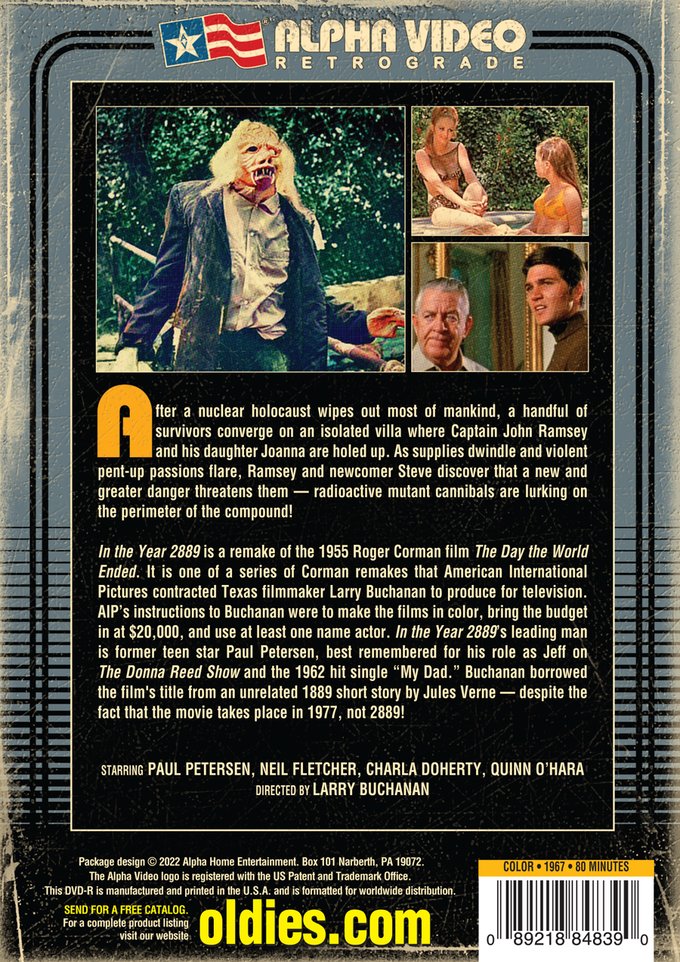 After a nuclear holocaust wipes out most of mankind, a handful of survivors converge on an isolated villa where Captain John Ramsey and his daughter Joanna are holed up. As supplies dwindle and violent pent-up passions flare, Ramsey and newcomer Steve discover that a new and greater danger threatens them -- radioactive mutant cannibals are lurking on the perimeter of the compound!

In the Year 2889 is a remake of the 1955 Roger Corman film The Day the World Ended. It is one of a series of Corman remakes that American International Pictures contracted Texas filmmaker Larry Buchanan to produce for television. AIP's instructions to Buchanan were to make the films in color, bring the budget in at $20,000, and use at least one name actor. In the Year 2889's leading man is former teen star Paul Petersen, best remembered for his role as Jeff on The Donna Reed Show and the 1962 hit single "My Dad." Buchanan borrowed the film's title from an unrelated 1889 short story by Jules Verne - despite the fact that the movie takes place in 1977, not 2889!