The original version of the classic adventure tale of bravery and brotherhood. One of the greatest films of the Silent Age. 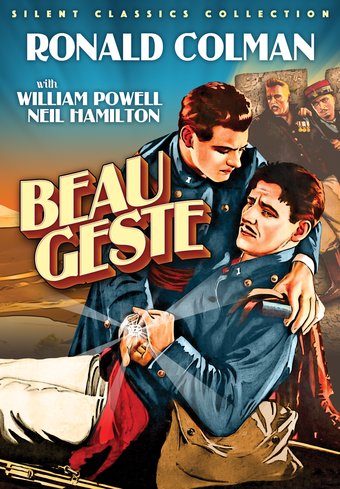 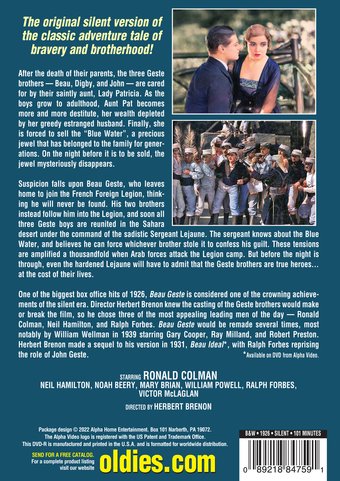 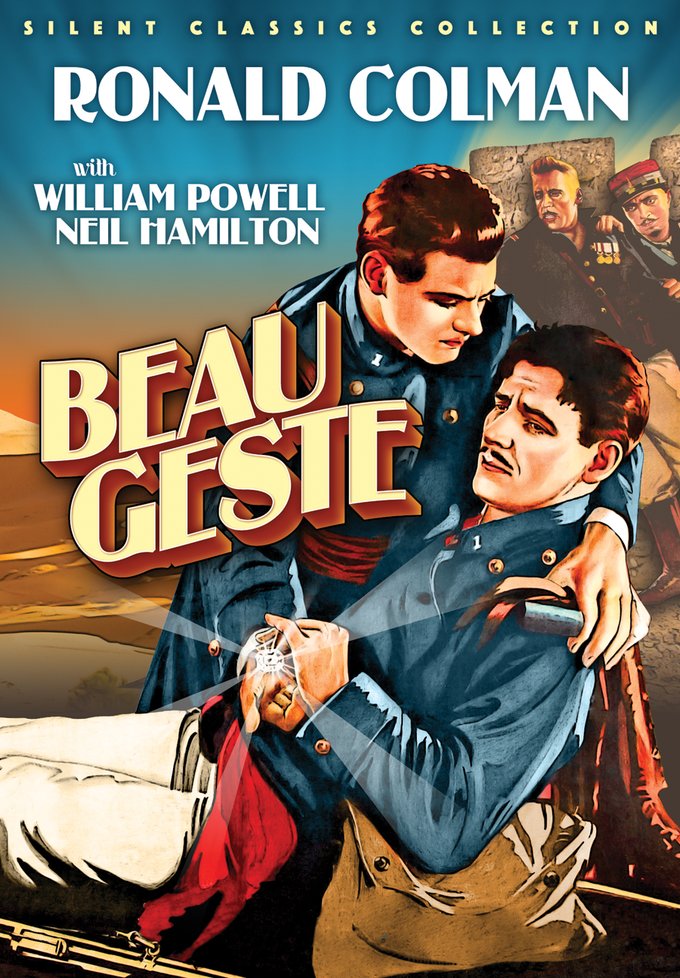 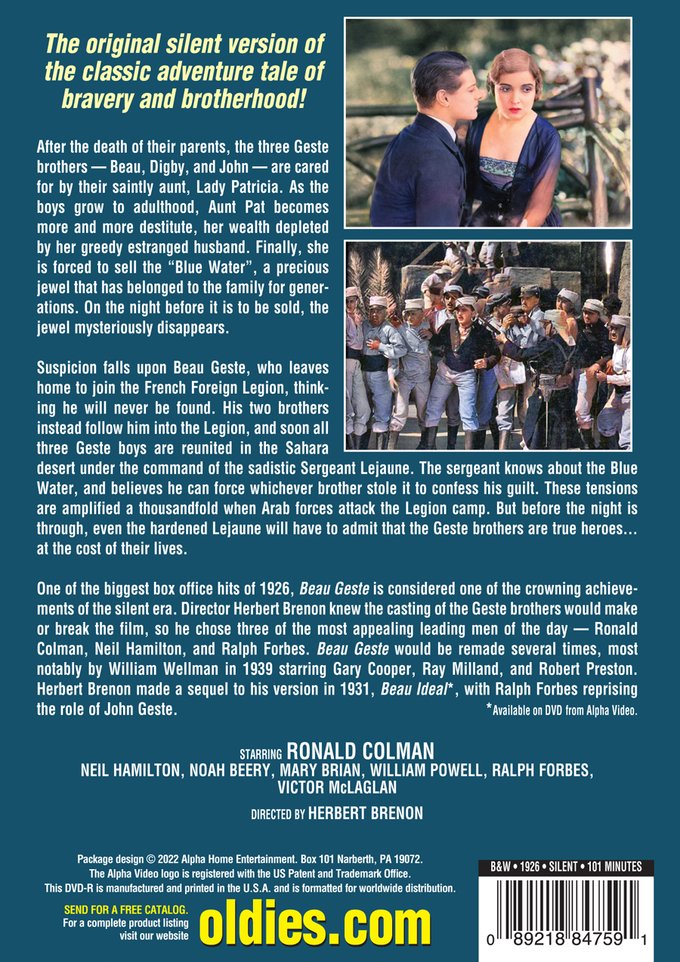 After the death of their parents, the three Geste brothers - Beau, Digby, and John - are cared for by their saintly aunt, Lady Patricia. As the boys grow to adulthood, Aunt Pat becomes more and more destitute, her wealth depleted by her greedy estranged husband. Finally, she is forced to sell the "Blue Water", a precious jewel that has belonged to the family for generations. On the night before it is to be sold, the jewel mysteriously disappears.

Suspicion falls upon Beau Geste, who leaves home to join the French Foreign Legion, thinking he will never be found. His two brothers instead follow him into the Legion, and soon all three Geste boys are reunited in the Sahara desert under the command of the sadistic Sergeant Lejaune. The sergeant knows about the Blue Water, and believes he can force whichever brother stole it to confess his guilt. These tensions are amplified a thousandfold when Arab forces attack the Legion camp. But before the night is through, even the hardened Lejaune will have to admit that the Geste brothers are true heroes…at the cost of their lives.

One of the biggest box office hits of 1926, Beau Geste is considered one of the crowning achievements of the silent era. Director Herbert Brenon knew the casting of the Geste brothers would make or break the film, so he chose three of the most appealing leading men of the day. Ronald Colman was a British stage actor who had his big break in motion pictures when Henry King cast him opposite Lillian Gish in The White Sister (1923). In the sound era, he would give memorable performances in classics like A Tale of Two Cities (1935), Lost Horizon (1937) and The Prisoner of Zenda (1937), and win an Academy Award for A Double Life (1947). Handsome Neil Hamilton had a long career in Hollywood, rising to fame after his role in The White Rose (1923) and was for a time D.W. Griffith's preferred leading man. Today he is best remembered for playing Commissioner Gordon on the Batman TV series (1966-1968). English actor Ralph Forbes followed Colman to America, where he made a name for himself in his new home with roles in Lilies of the Field (1930) and Smilin' Through (1932), and as Sir Hugo Baskerville in the first of the Basil Rathbone/Nigel Bruce Sherlock Holmes pictures, The Hound of the Baskervilles (1939). Also featured in a smaller role is William Powell, before his star-making turn as detective Philo Vance in The Canary Murder Case (1929). Beau Geste would be remade several times, most notably by William Wellman in 1939 starring Gary Cooper, Ray Milland, and Robert Preston. Herbert Brenon made a sequel to his version in 1931, Beau Ideal, with Ralph Forbes reprising the role of John Geste.