William Haines plays a college freshman who joins the football team to impress the guys in this rollicking tale of 1920s campus life, one of the biggest box-office hits of 1926. Featuring the uncredited big screen debut of a young John Wayne. 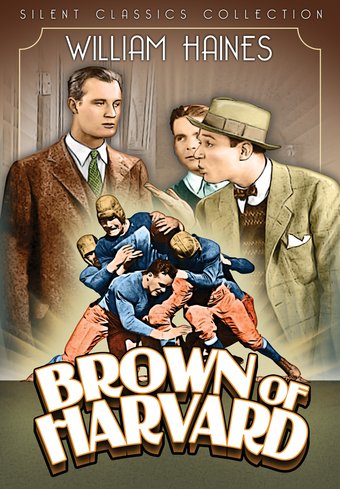 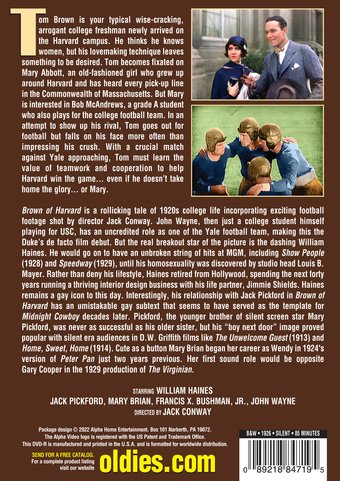 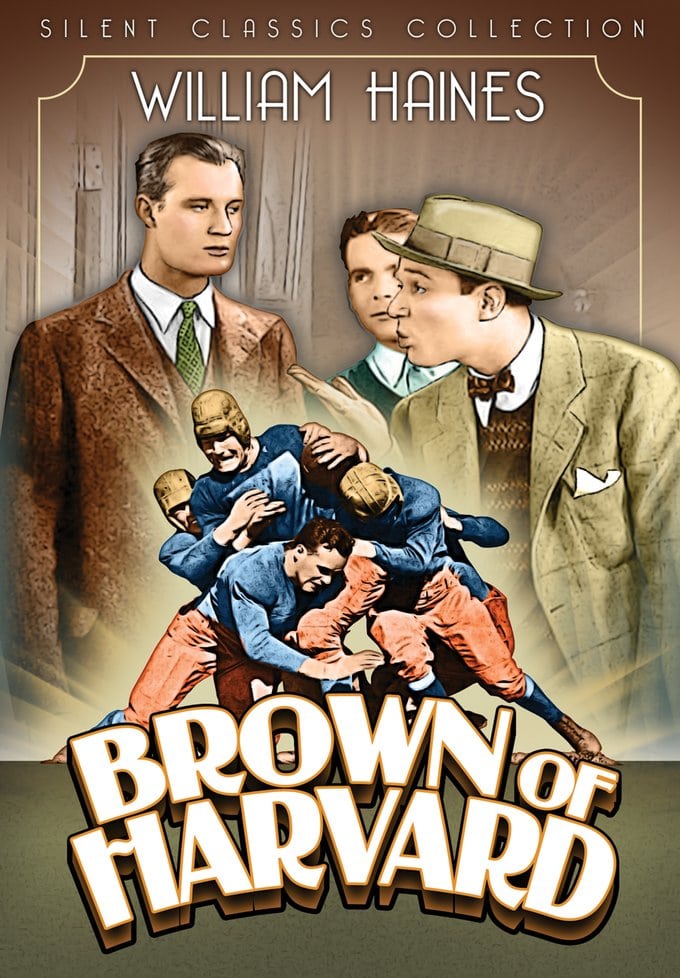 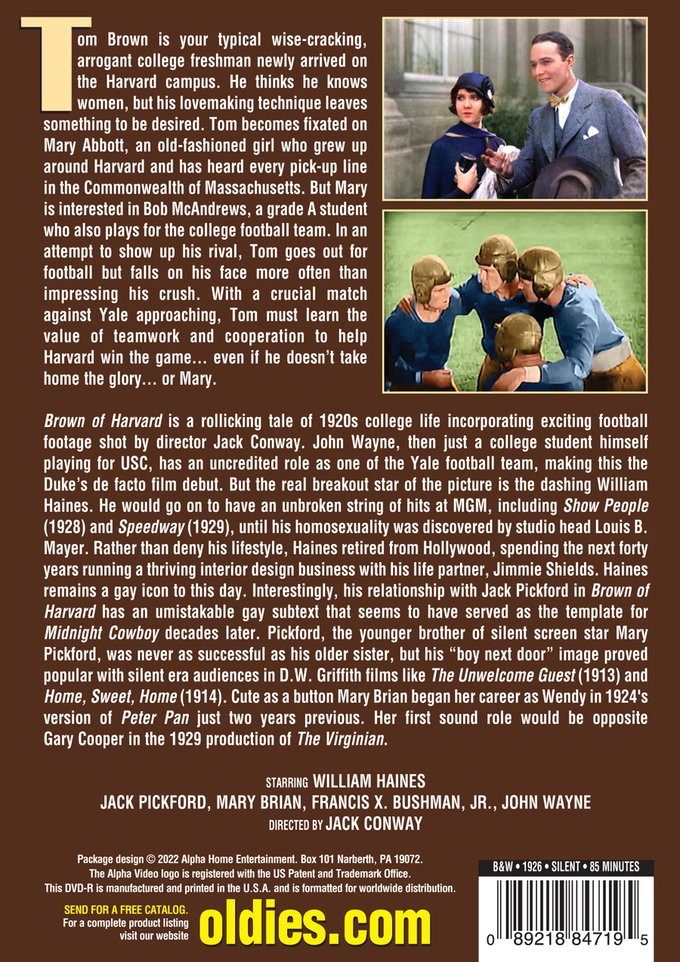 Tom Brown is your typical wise-cracking, arrogant college freshman newly arrived on the Harvard campus. He thinks he knows women, but his lovemaking technique leaves something to be desired. Tom becomes fixated on Mary Abbott, an old-fashioned girl who grew up around Harvard and has heard every pick-up line in the Commonwealth of Massachusetts. But Mary is interested in Bob McAndrews, a grade A student who also plays for the college football team. In an attempt to show up his rival, Tom goes out for football but falls on his face more often than impressing his crush. With a crucial match against Yale approaching, Tom must learn the value of teamwork and cooperation to help Harvard win the game…even if he doesn't take home the glory…or Mary.

Brown of Harvard is a rollicking tale of 1920s college life incorporating exciting football footage shot by director Jack Conway. John Wayne, then just a college student himself playing for USC, has an uncredited role as one of the Yale football team, making this The Duke's de facto film debut. But the real breakout star of the picture is the dashing William Haines. He would go on to have an unbroken string of hits at MGM, including Show People (1928) and Speedway (1929), until his homosexuality was discovered by studio head Louis B. Mayer. Rather than deny his lifestyle, Haines retired from Hollywood, spending the next forty years running a thriving interior design business with his life partner, Jimmie Shields. Haines remains a gay icon to this day. Interestingly, his relationship with Jack Pickford in Brown of Harvard has an umistakable gay subtext that seems to have served as the template for Midnight Cowboy decades later. Pickford, the younger brother of silent screen star Mary Pickford, was never as successful as his older sister, but his "boy next door" image proved popular with silent era audiences in D.W. Griffith films like The Unwelcome Guest (1913) and Home, Sweet, Home (1914). Cute as a button Mary Brian began her career as Wendy in 1924's version of Peter Pan just two years previous. Her first sound role would be opposite Gary Cooper in the 1929 production of The Virginian.