Clash of the Wolves (Silent)

America's #1 canine movie star, Rin-Tin-Tin, leaps into action to save his master from a greedy claim jumper in this stunt-filled silent movie adventure. 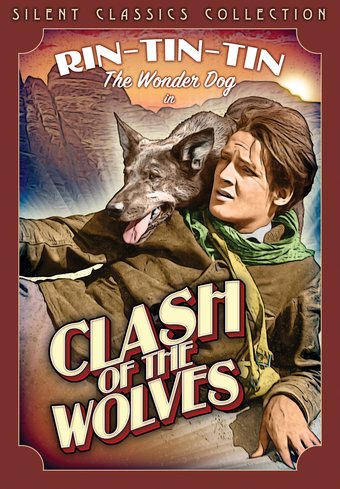 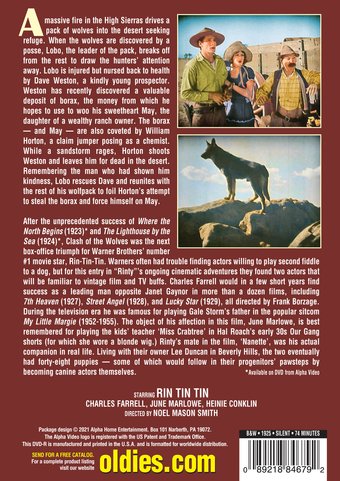 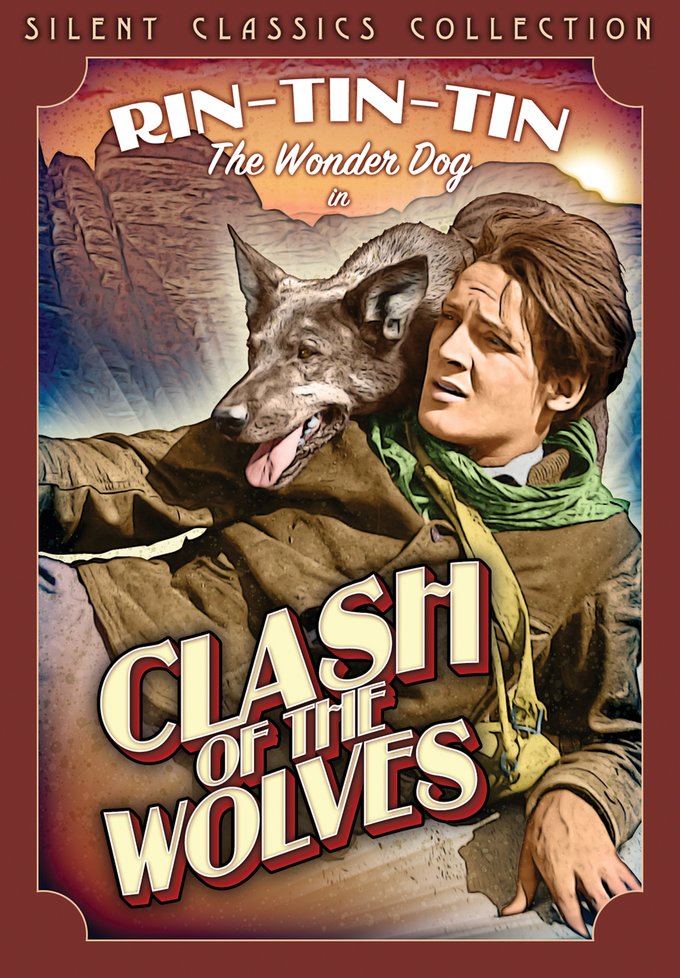 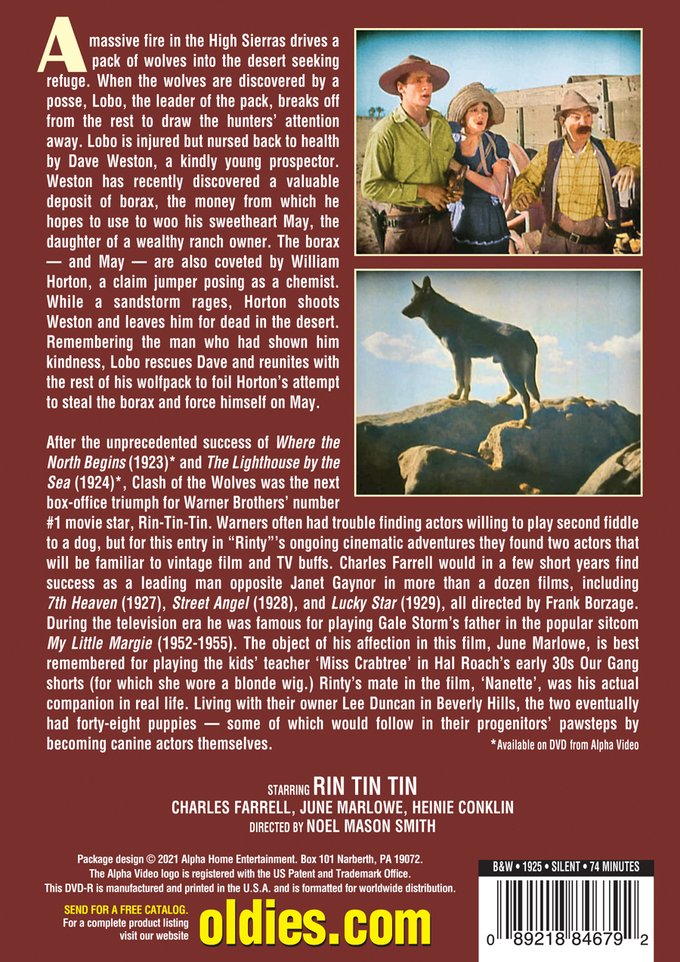 A massive fire in the High Sierras drives a pack of wolves into the desert seeking refuge. When the wolves are discovered by a posse, Lobo, the leader of the pack, breaks off from the rest to draw the hunters' attention away. Lobo is injured but nursed back to health by Dave Weston, a kindly young prospector. Weston has recently discovered a valuable deposit of borax, the money from which he hopes to use to woo his sweetheart May, the daughter of a wealthy ranch owner. The borax - and May - are also coveted by William Horton, a claim jumper posing as a chemist. While a sandstorm rages, Horton shoots Weston and leaves him for dead in the desert. Remembering the man who had shown him kindness, Lobo rescues Dave and reunites with the rest of his wolfpack to foil Horton's attempt to steal the borax and force himself on May.

After the unprecedented success of Where the North Begins (1923) and The Lighthouse by the Sea (1924), Clash of the Wolves was the next box-office triumph for Warner Brothers' number #1 movie star, Rin-Tin-Tin. Warners often had trouble finding actors willing to play second fiddle to a dog, but for this entry in "Rinty"'s ongoing cinematic adventures they found two actors that will be familiar to vintage film and TV buffs. Charles Farrell would in a few short years find success as a leading man opposite Janet Gaynor in more than a dozen films, including 7th Heaven (1927), Street Angel (1928), and Lucky Star (1929), all directed by Frank Borzage. During the television era he was famous for playing Gale Storm's father in the popular sitcom My Little Margie (1952-1955). The object of his affection in this film, June Marlowe, is best remembered for playing the kids' teacher 'Miss Crabtree' in Hal Roach's early 30s Our Gang shorts (for which she wore a blonde wig.) Rinty's mate in the film, 'Nanette', was his actual companion in real life. Living with their owner Lee Duncan in Beverly Hills, the two eventually had forty-eight puppies - some of which would follow in their progenitors' pawsteps by becoming canine actors themselves.