An aging champion and an ambitious up-and-comer compete for the Grand Prize - and women - in this 60s exploitation racing movie directed by William Grefé. Plus the Sid Davis short 'The Cool Hot Rod' (1953). 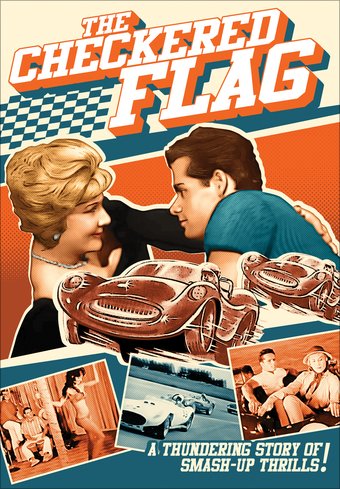 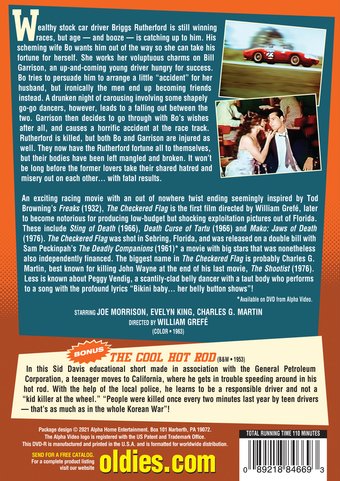 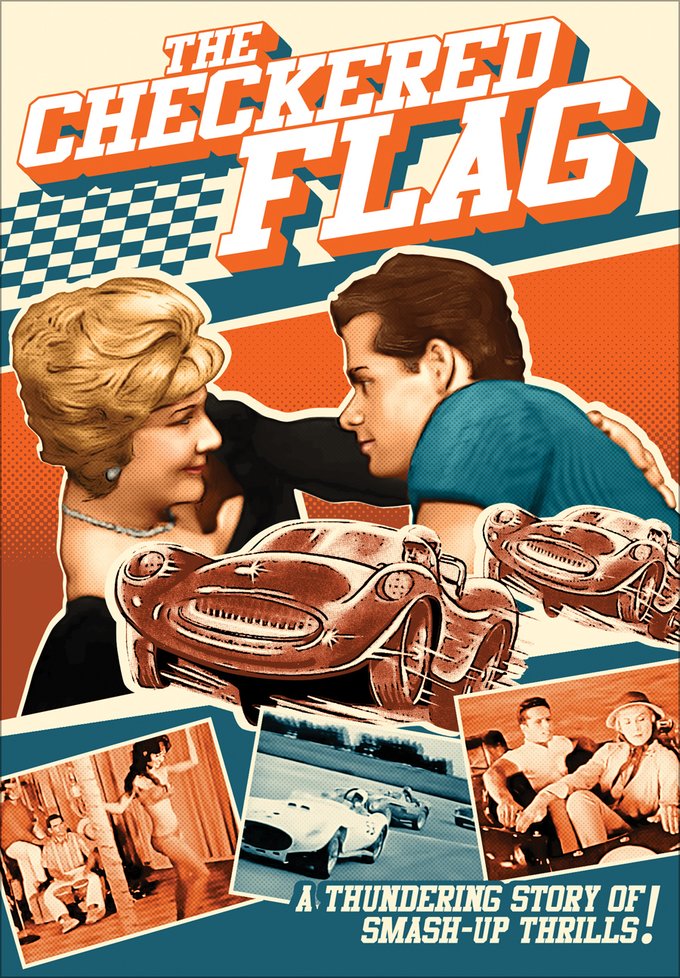 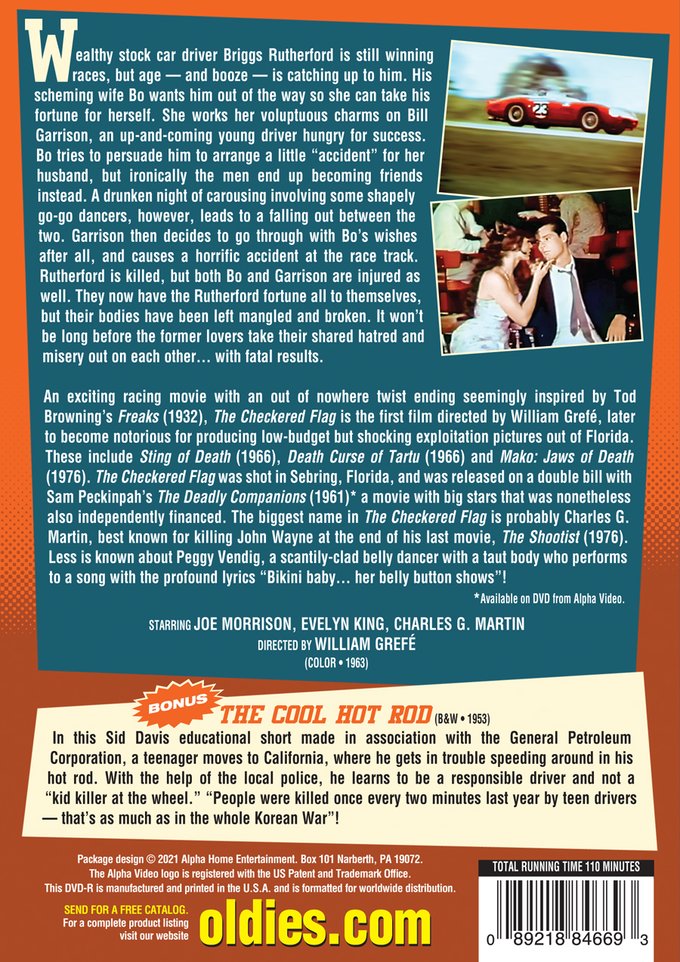 Wealthy stock car driver Briggs Rutherford is still winning races, but age - and booze - is catching up to him. His scheming wife Bo wants him out of the way so she can take his fortune for herself. She works her voluptuous charms on Bill Garrison, an up-and-coming young driver hungry for success. Bo tries to persuade him to arrange a little "accident" for her husband, but ironically the men end up becoming friends instead. A drunken night of carousing involving some shapely go-go dancers, however, leads to a falling out between the two. Garrison then decides to go through with Bo's wishes after all, and causes a horrific accident at the race track. Rutherford is killed, but both Bo and Garrison are injured as well. They now have the Rutherford fortune all to themselves, but their bodies have been left mangled and broken. It won't be long before the former lovers take their shared hatred and misery out on each other...with fatal results.

An exciting racing movie with an out of nowhere twist ending seemingly inspired by Tod Browning's Freaks (1932), The Checkered Flag is the first film directed by William Grefé, later to become notorious for producing low-budget but shocking exploitation pictures out of Florida. These include Sting of Death (1966), Death Curse of Tartu (1966) and Mako: Jaws of Death (1976). The Checkered Flag was shot in Sebring, Florida, and was released on a double bill with Sam Peckinpah's The Deadly Companions (1961) a movie with big stars that was nonetheless also independently financed. The biggest name in The Checkered Flag is probably Charles G. Martin, best known for killing John Wayne at the end of his last movie, The Shootist (1976). Less is known about Peggy Vendig, a scantily-clad belly dancer with a taut body who performs to a song with the profound lyrics "Bikini baby...her belly button shows!"

BONUS: The Cool Hot Rod (1953): In this Sid Davis educational short made in association with the General Petroleum Corporation, a teenager moves to California, where he gets in trouble speeding around in his hot rod. With the help of the local police, he learns to be a responsible driver and not a "kid killer at the wheel." "People were killed once every two minutes last year by teen drivers - that's as much as in the whole Korean War!"