The Lighthouse by the Sea (Silent)

Rin-Tin-Tin comes to the rescue of a beleaguered lighthouse keeper and his pretty daughter in this action-packed silent classic with a screenplay by Daryl F. Zanuck. 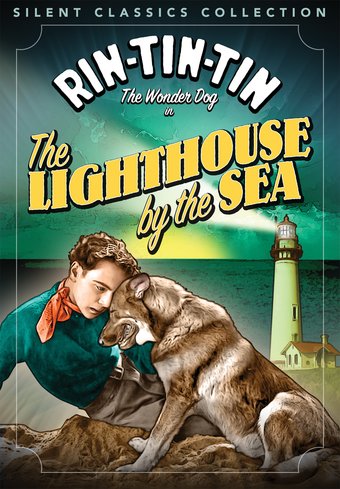 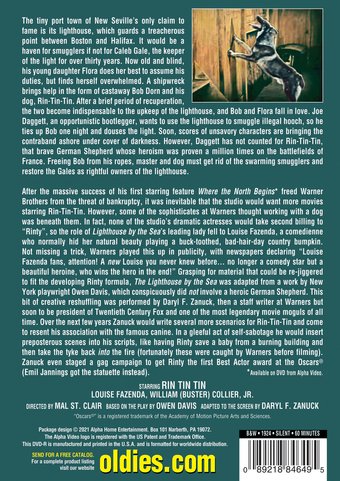 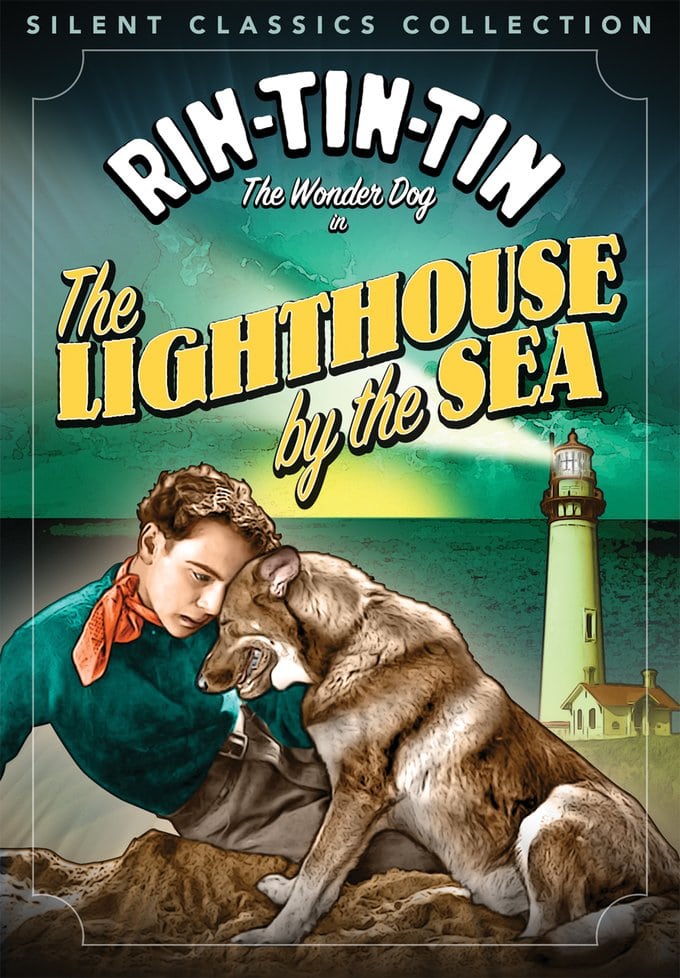 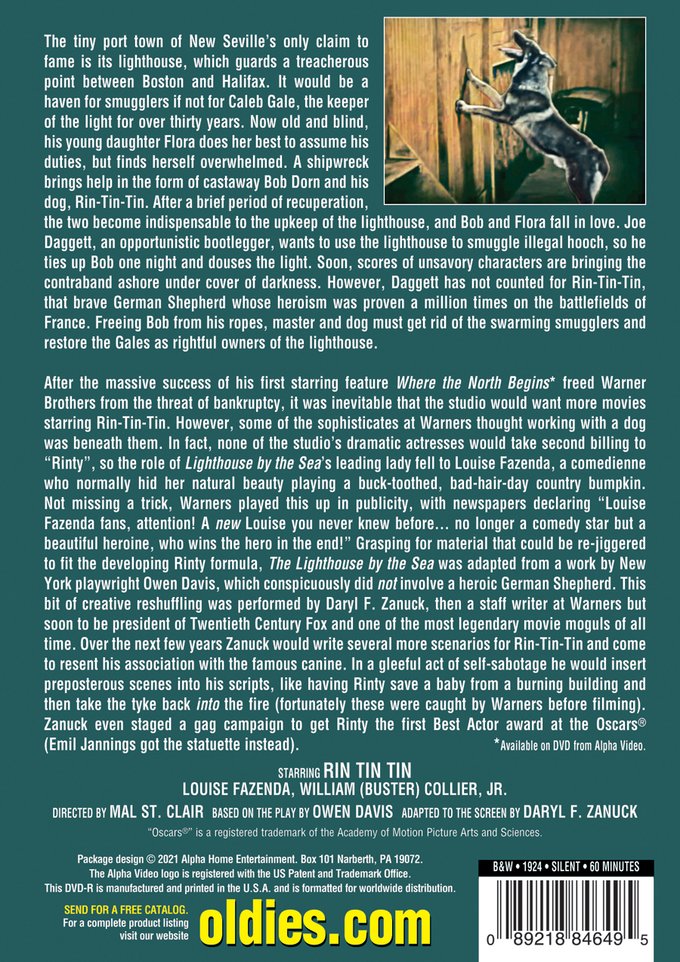 The tiny port town of New Seville's only claim to fame is its lighthouse, which guards a treacherous point between Boston and Halifax. It would be a haven for smugglers if not for Caleb Gale, the keeper of the light for over thirty years. Now old and blind, his young daughter Flora does her best to assume his duties, but finds herself overwhelmed. A shipwreck brings help in the form of castaway Bob Dorn and his dog, Rin-Tin-Tin. After a brief period of recuperation, the two become indispensable to the upkeep of the lighthouse, and Bob and Flora fall in love. Joe Daggett, an opportunistic bootlegger, wants to use the lighthouse to smuggle illegal hooch, so he ties up Bob one night and douses the light. Soon, scores of unsavory characters are bringing the contraband ashore under cover of darkness. However, Daggett has not counted for Rin-Tin-Tin, that brave German Shepherd whose heroism was proven a million times on the battlefields of France. Freeing Bob from his ropes, master and dog must get rid of the swarming smugglers and restore the Gales as rightful owners of the lighthouse.

After the massive success of his first starring feature Where the North Begins freed Warner Brothers from the threat of bankruptcy, it was inevitable that the studio would want more movies starring Rin-Tin-Tin. However, some of the sophisticates at Warners thought working with a dog was beneath them. In fact, none of the studio's dramatic actresses would take second billing to "Rinty", so the role of Lighthouse by the Sea's leading lady fell to Louise Fazenda, a comedienne who normally hid her natural beauty playing a buck-toothed, bad-hair-day country bumpkin. Not missing a trick, Warners played this up in publicity, with newspapers declaring "Louise Fazenda fans, attention! A new Louise you never knew before...no longer a comedy star but a beautiful heroine, who wins the hero in the end!" Grasping for material that could be re-jiggered to fit the developing Rinty formula, The Lighthouse by the Sea was adapted from a work by New York playwright Owen Davis, which conspicuously did not involve a heroic German Shepherd. This bit of creative reshuffling was performed by Daryl F. Zanuck, then a staff writer at Warners but soon to be president of Twentieth Century Fox and one of the most legendary movie moguls of all time. Over the next few years Zanuck would write several more scenarios for Rin-Tin-Tin and come to resent his association with the famous canine. In a gleeful act of self-sabotage he would insert preposterous scenes into his scripts, like having Rinty save a baby from a burning building and then take the tyke back into the fire (fortunately these were caught by Warners before filming.) Zanuck even staged a gag campaign to get Rinty the first Best Actor award at the Oscars (Emil Jannings got the statuette instead.)

Curse of the Golden Flower (Blu-ray)
$19
Add to Cart