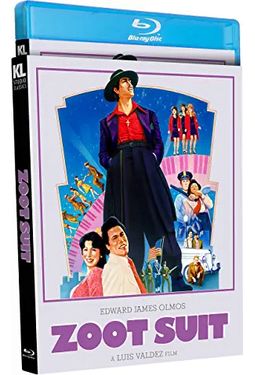 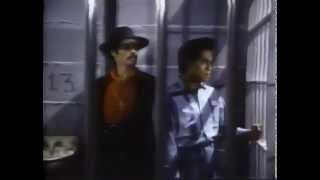 1940, Los Angeles. Henry Reyna is the leader of a group of Mexican-Americans being sent to San Quentin without substantial evidence. Two members of the defense committee fight the blatant miscarriage of justice for the freedom of Henry and his friends. Based on the actual Sleepy Lagoon murder case.

Fear of juvenile delinquents and street crime during the early 1940s leads to the mockery of a trial of a Chicano gang. The youths are sacrificed by a biased legal system eager to soothe an outraged community. While one committed attorney tirelessly works to remedy the miscarriage of justice, one of the young prisoners miserably contemplates his life sentence. To cope with his anger over this false imprisonment, he invents "El Pachuco", a zoot suit-wearing persona full of youthful machismo and vigor. His alter-ego communicates the prisoner's rage, and exemplifies the stylized, culturally complex life of Mexican-American hipsters in Los Angeles.