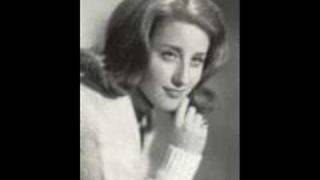 Liner Note Authors: Eydie Gorme; Malcolm Baumgart; Steve Lawrence.
When Lesley Gore recorded California Nights in 1967, it had only been two years since her last big hit -- "Sunshine, Lollipops and Rainbows," which made it to 13 in 1965 -- but it felt like even longer due to all the shifting trends of the late '60s. Assisted by producers Bob Crewe (who helmed seven of the LP's ten tracks) and Quincy Jones (who is responsible for the three other cuts, all arranged by Jack Nitzche), Gore dove right into the fashionable sounds of Los Angeles in 1967. It was hardly hippie and not quite psychedelic but those trippy sounds were certainly in the air and can be heard on California Nights via fuzz guitars, mind-bending echoes, and whirling strings, but all this is tempered by a good dose of go-go beats and middle of the road pop. All these accouterments make California Nights very much a record of its time, and if it didn't make many waves at the time -- the appealingly hazy title track made it to 16 but the album stalled at 169 -- it stands as something of an underrated period piece, anchored by the gorgeous, cinematic productions of Crewe and enlivened by the savvier Jones, who is responsible for the snappy rock & roll of "Off & Running" and the liquid pulse of "Cry Like a Baby," which effectively splits the difference between uptown soul and hip Hollywood flair. [Ace's 2015 reissue expands California Nights with 16 bonus tracks, most taken from the 1965 albums My Town, My Guy & Me and All About Love, along with a few singles and three cuts that first surfaced on Bear Family's big Lesley Gore box from 1994. All this material is more straightforward than California Nights, falling somewhere between middle of the road pop and pop-soul, and while that may mean it's not quite as distinctive, it's still well-crafted and pleasurable. ~ Stephen Thomas Erlewine