A collection of nostalgic short films from those vintage years of train travel, when Americans rode the rails in streamlined locomotives and ate meals in dining cars. 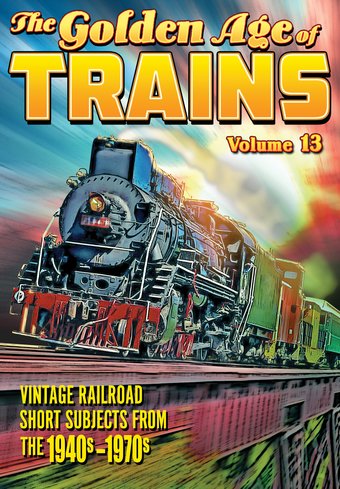 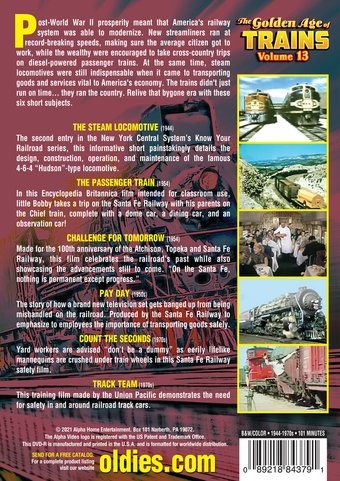 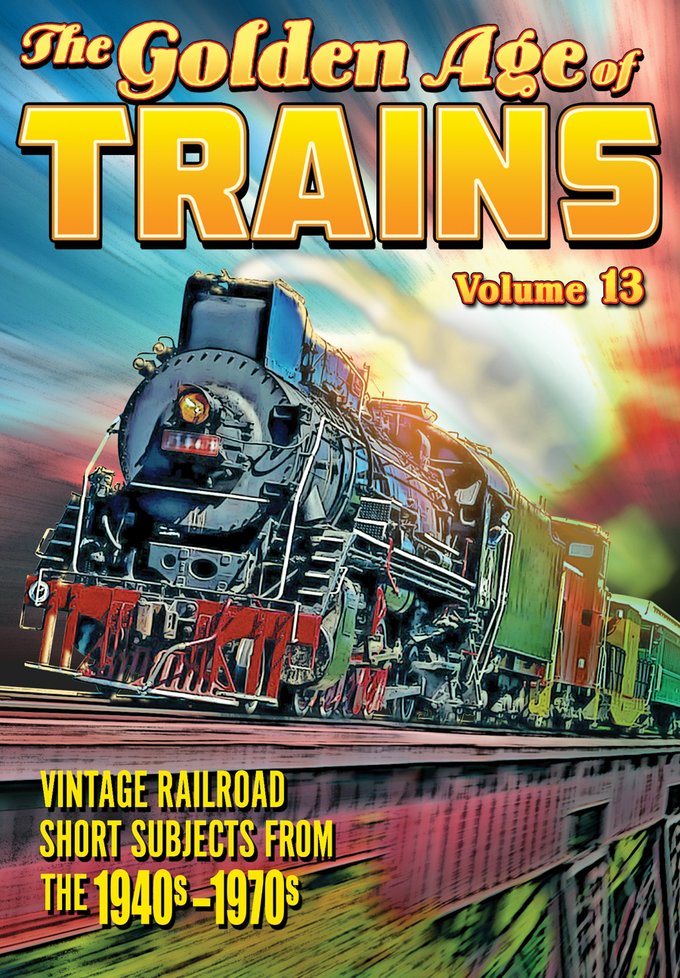 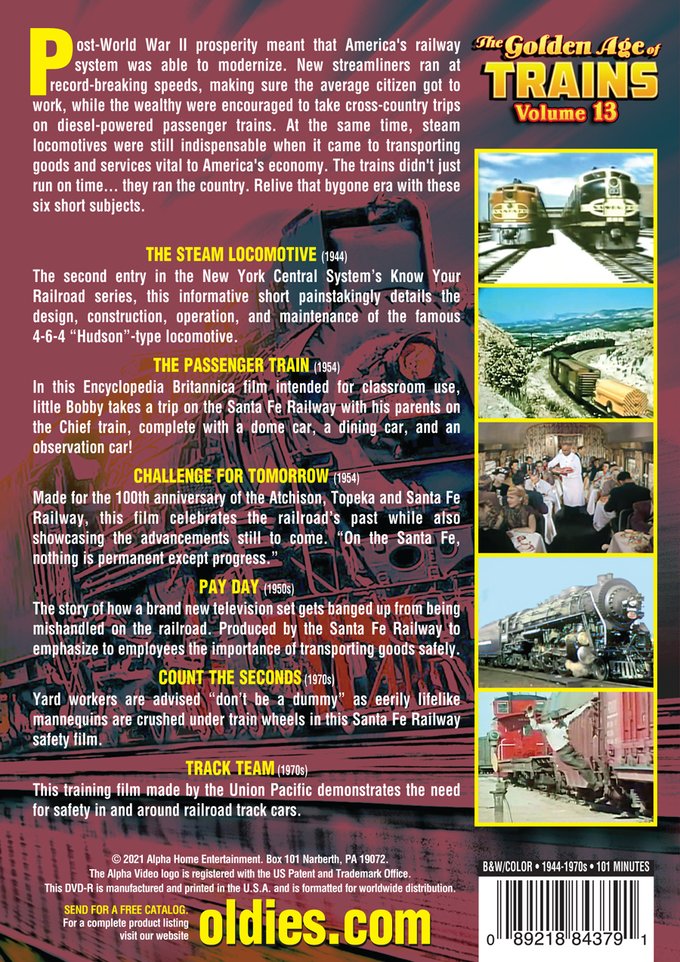 Post-World War II prosperity meant that America's railway system was able to modernize. New streamliners ran at record-breaking speeds, making sure the average citizen got to work, while the wealthy were encouraged to take cross-country trips on diesel-powered passenger trains. At the same time, steam locomotives were still indispensable when it came to transporting goods and services vital to America's economy. The trains didn't just run on time...they ran the country. Relive that bygone era with these six short subjects.

THE STEAM LOCOMOTIVE (1944): The second entry in the New York Central System's Know Your Railroad series, this informative short painstakingly details the design, construction, operation, and maintenance of the famous 4-6-4 "Hudson"-type locomotive.

THE PASSENGER TRAIN (1954): In this Encyclopedia Britannica film intended for classroom use, little Bobby takes a trip on the Santa Fe Railway with his parents on the Chief train, complete with a dome car, a dining car, and an observation car!

CHALLENGE FOR TOMORROW (1954): Made for the 100th anniversary of the Atchison, Topeka and Santa Fe Railway, this film celebrates the railroad's past while also showcasing the advancements still to come. "On the Santa Fe, nothing is permanent except progress."

PAY DAY (1950s): The story of how a brand new television set gets banged up from being mishandled on the railroad. Produced by the Santa Fe Railway to emphasize to employees the importance of transporting goods safely.

COUNT THE SECONDS (1970s): Yard workers are advised "don't be a dummy" as eerily lifelike mannequins are crushed under train wheels in this Santa Fe Railway safety film.

TRACK TEAM (1970s): This training film made by the Union Pacific demonstrates the need for safety in and around railroad track cars.