The madcap masters of mirth and mayhem star in these Saturday morning cartoon favorites featuring the actual voices of Moe, Larry, and Curly Joe. 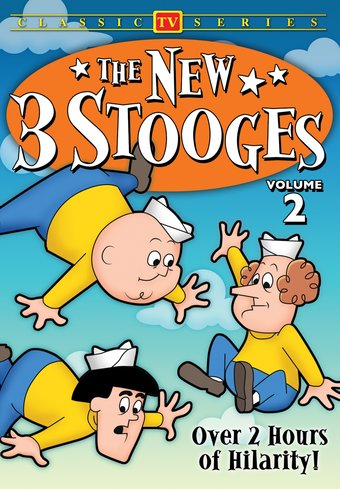 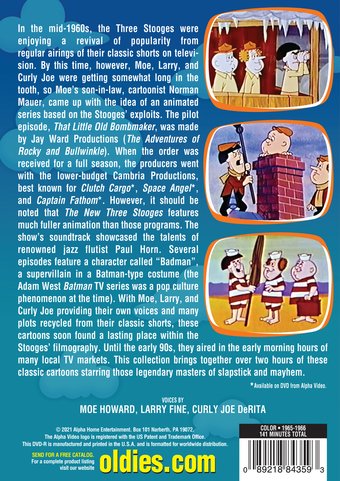 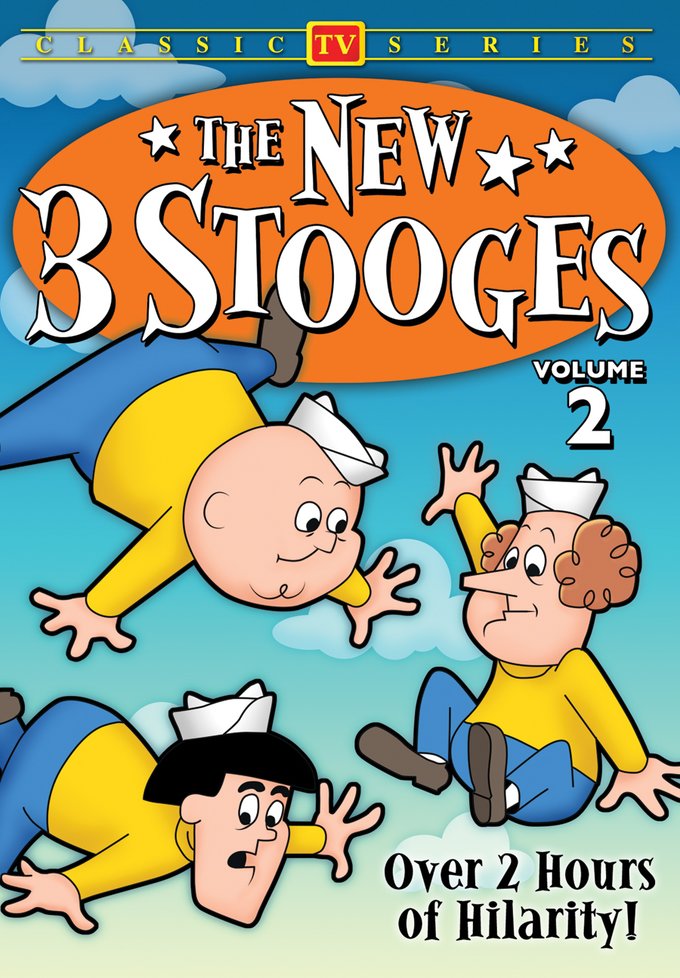 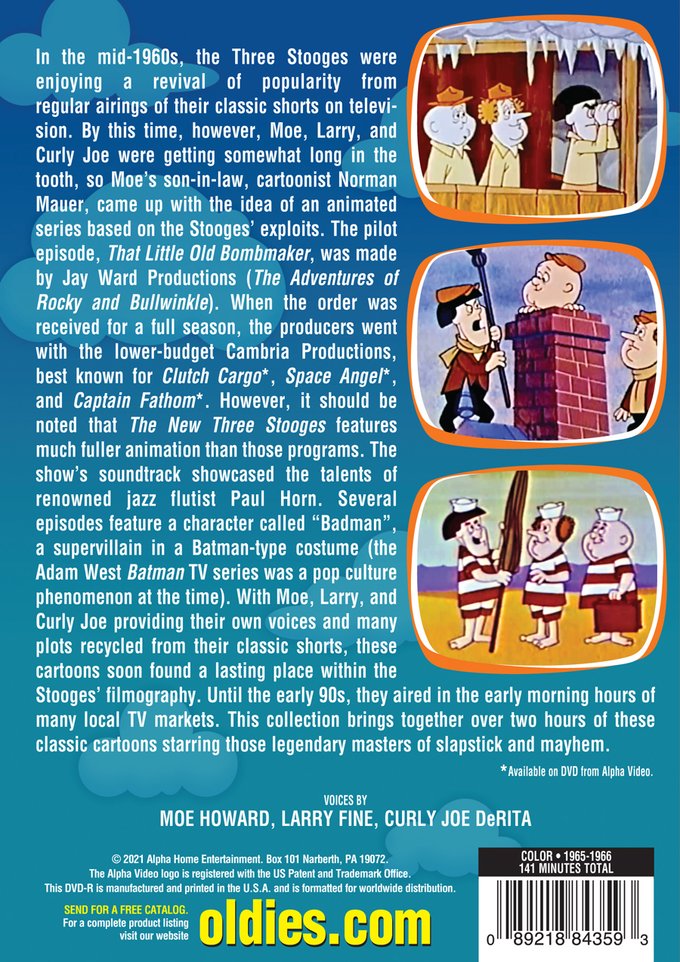 In the mid-1960s, the Three Stooges were enjoying a revival of popularity from regular airings of their classic shorts on television. By this time, however, Moe, Larry, and Curly Joe were getting somewhat long in the tooth, so Moe's son-in-law, cartoonist Norman Mauer, came up with the idea of an animated series based on the Stooges' exploits. The pilot episode, "That Little Old Bombmaker", was made by Jay Ward Productions (The Adventures of Rocky and Bullwinkle.) When the order was received for a full season, the producers went with the lower-budget Cambria Productions, best known for Clutch Cargo, Space Angel, and Captain Fathom. However, it should be noted that The New Three Stooges features much fuller animation than those programs. The show's soundtrack showcased the talents of renowned jazz flutist Paul Horn. Several episodes feature a character called "Badman", a supervillain in a Batman-type costume (the Adam West Batman TV series was a pop culture phenomenon at the time.) With Moe, Larry, and Curly Joe providing their own voices and many plots recycled from their classic shorts, these cartoons soon found a lasting place within the Stooges' filmography. Until the early 90s, they aired in the early morning hours of many local TV markets. This collection brings together over two hours of these classic cartoons starring those legendary masters of slapstick and mayhem.
This product is made-on-demand by the manufacturer using DVD-R recordable media. Almost all DVD players can play DVD-Rs (except for some older models made before 2000) - please consult your owner's manual for formats compatible with your player. These DVD-Rs may not play on all computers or DVD player/recorders. To address this, the manufacturer recommends viewing this product on a DVD player that does not have recording capability.