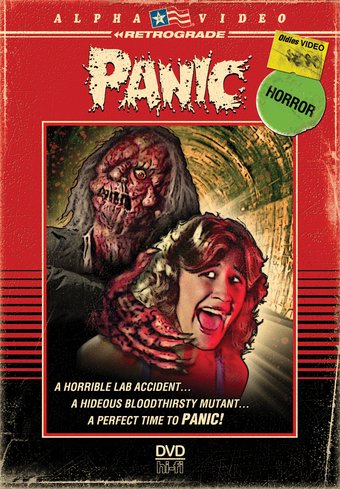 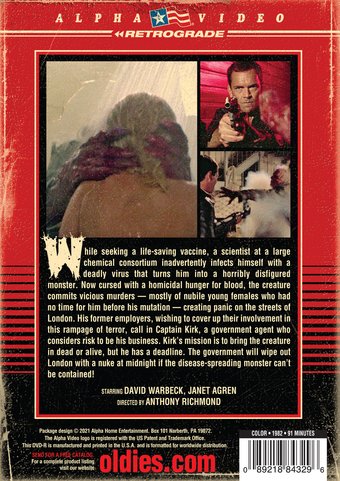 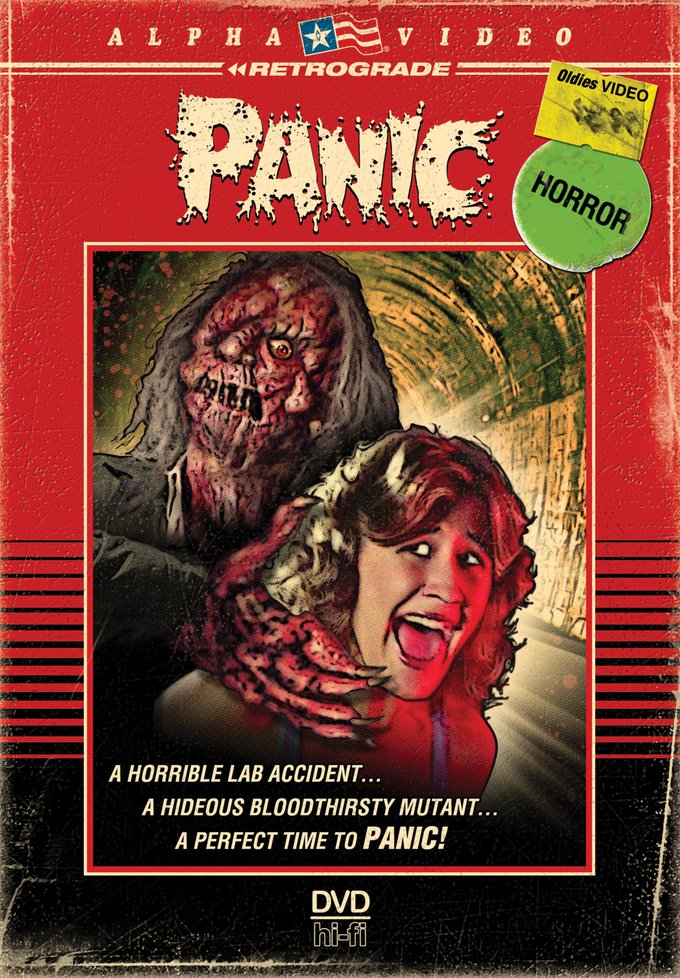 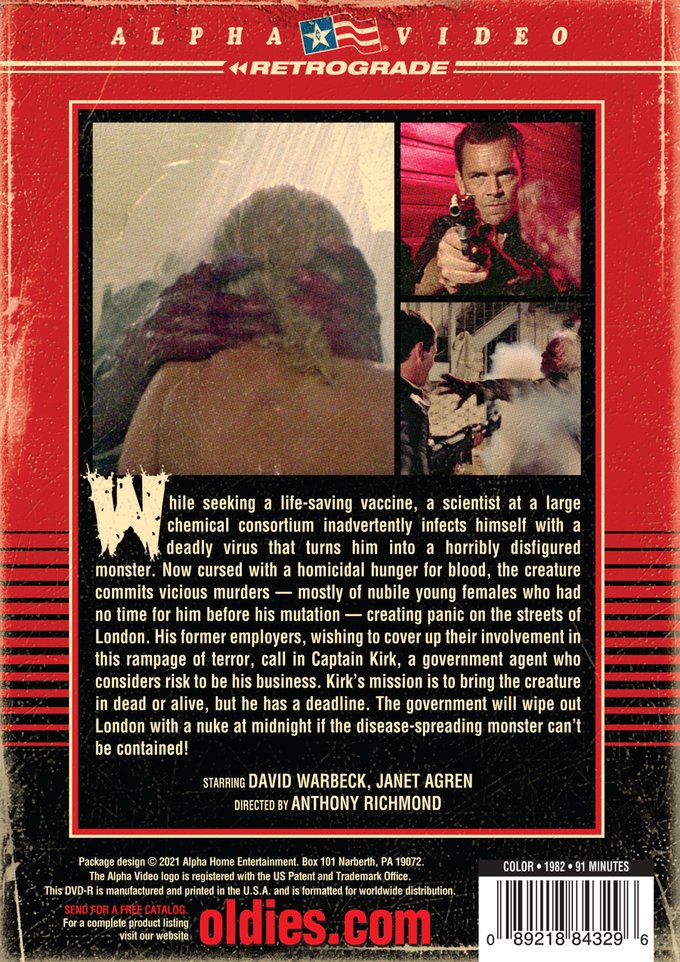 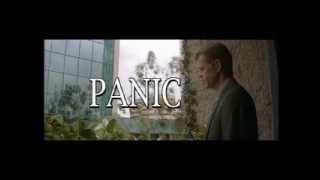 While seeking a life-saving vaccine, a scientist at a large chemical consortium inadvertently infects himself with a volatile virus that turns him into a horribly disfigured monster. Now cursed with a homicidal hunger for blood, the creature commits vicious murders - mostly of nubile young females who had no time for him before his mutation - creating panic on the streets of London. His former employers, wishing to cover up their involvement in this rampage of terror, call in Captain Kirk, a government agent who considers risk to be his business. Kirk's mission is to bring the creature in dead or alive, but he has a deadline. The government will wipe out London with a nuke at midnight if the disease-spreading monster can't be contained!
This product is made-on-demand by the manufacturer using DVD-R recordable media. Almost all DVD players can play DVD-Rs (except for some older models made before 2000) - please consult your owner's manual for formats compatible with your player. These DVD-Rs may not play on all computers or DVD player/recorders. To address this, the manufacturer recommends viewing this product on a DVD player that does not have recording capability.

Nothing to Lose
$5.80 Super Savings
Add to Cart