Actual World War I veterans play themselves in this historical docudrama from the silent era. 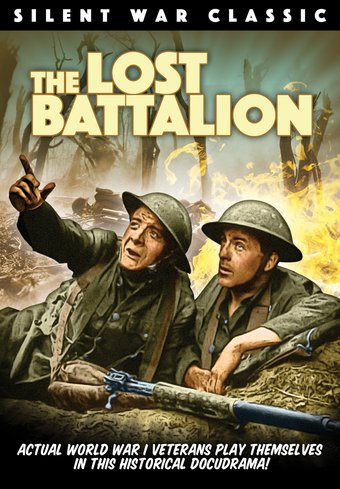 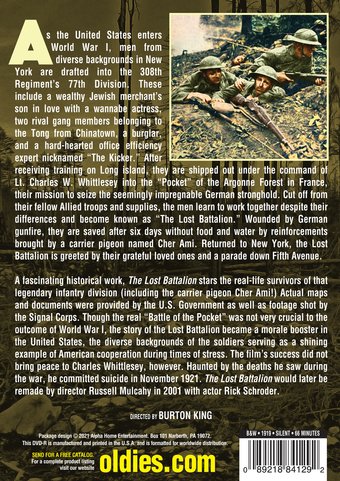 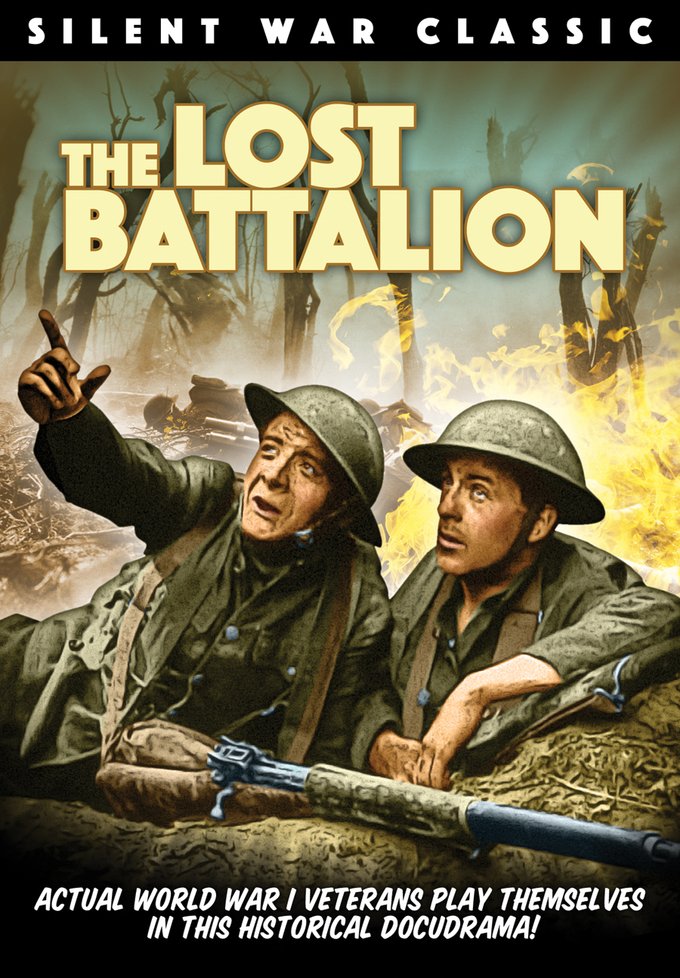 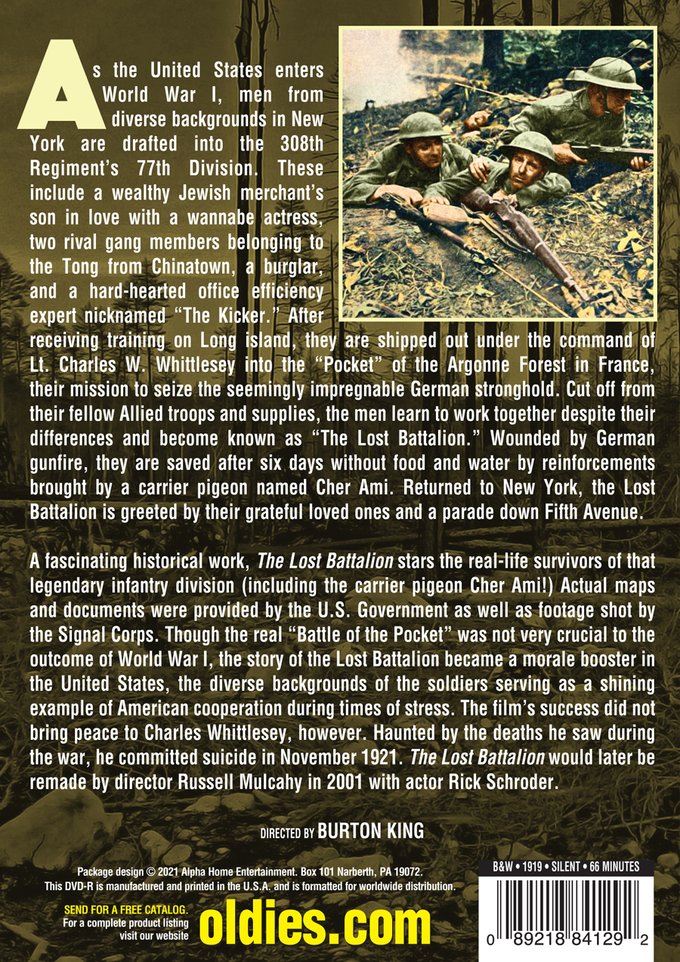 As the United States enters World War I, men from diverse backgrounds in New York are drafted into the 308th Regiment's 77th Division. These include a wealthy Jewish merchant's son in love with a wannabe actress, two rival gang members belonging to the Tong from Chinatown, a burglar, and a hard-hearted office efficiency expert nicknamed "The Kicker." After receiving training on Long island, they are shipped out under the command of Lt. Charles W. Whittlesey into the "Pocket" of the Argonne Forest in France, their mission to seize the seemingly impregnable German stronghold. Cut off from their fellow Allied troops and supplies, the men learn to work together despite their differences and become known as "The Lost Battalion." Wounded by German gunfire, they are saved after six days without food and water by reinforcements brought by a carrier pigeon named Cher Ami. Returned to New York, the Lost Battalion is greeted by their grateful loved ones and a parade down Fifth Avenue.

A fascinating historical work, The Lost Battalion stars the real-life survivors of that legendary infantry division (including the carrier pigeon Cher Ami!) Actual maps and documents were provided by the U.S. Government as well as footage shot by the Signal Corps. Though the real "Battle of the Pocket" was not very crucial to the outcome of World War I, the story of the Lost Battalion became a morale booster in the United States, the diverse backgrounds of the soldiers serving as a shining example of American cooperation during times of stress. The film's success did not bring peace to Charles Whittlesey, however. Haunted by the deaths he saw during the war, he committed suicide in November 1921. The Lost Battalion would later be remade by director Russell Mulcahy in 2001 with actor Rick Schroder.