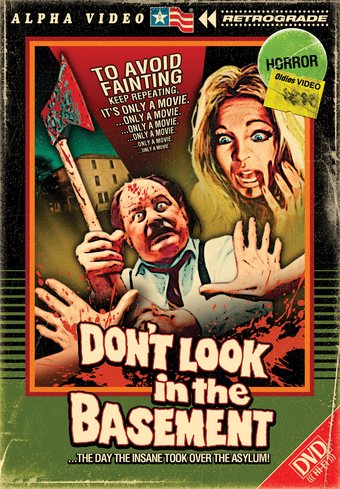 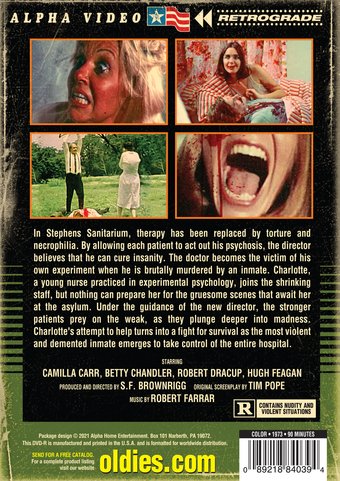 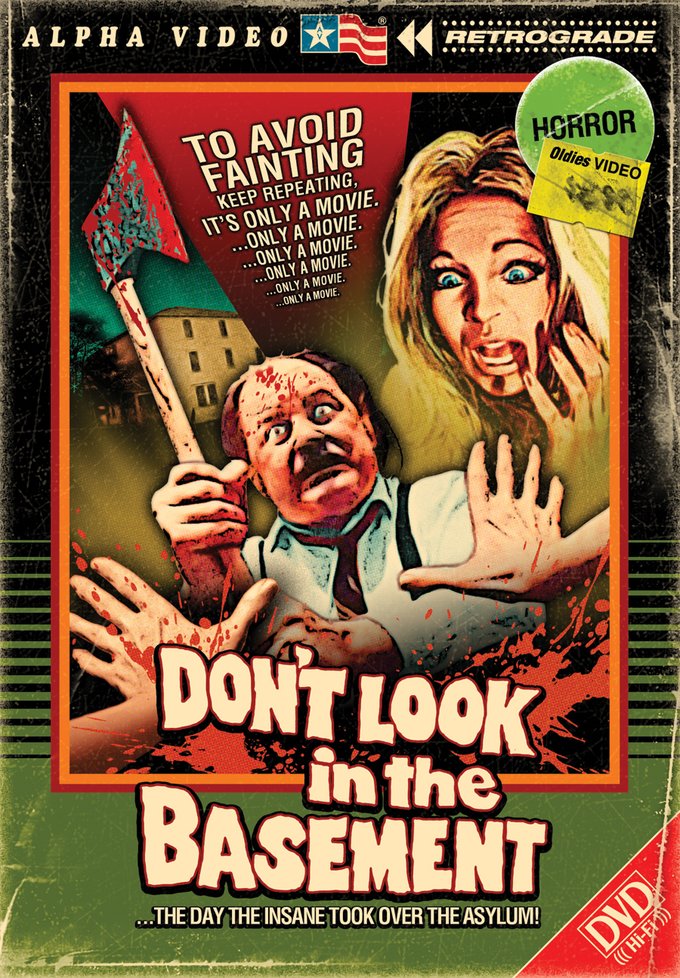 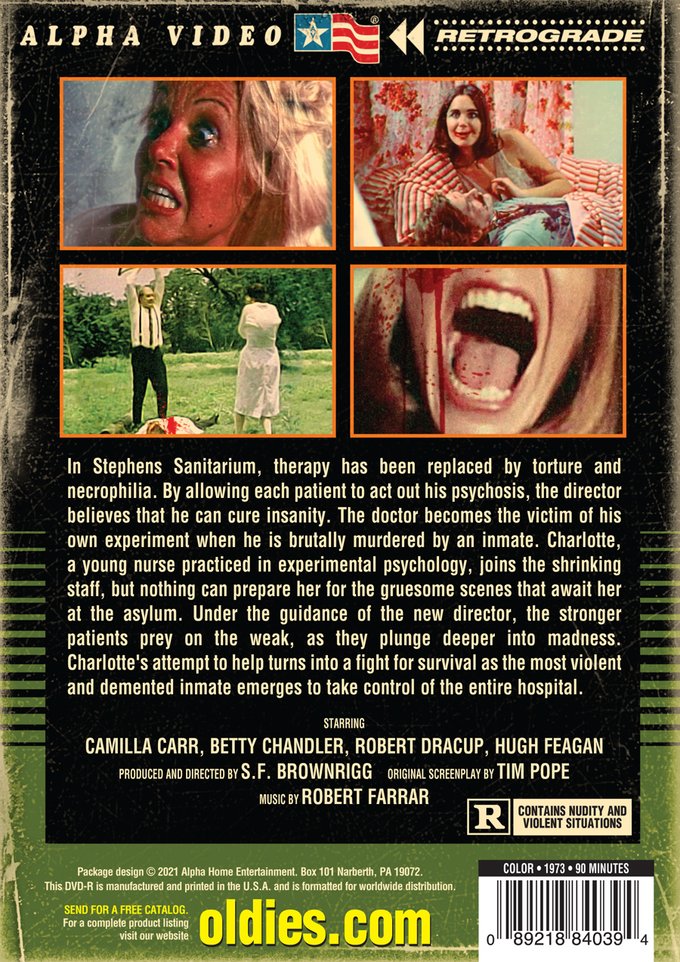 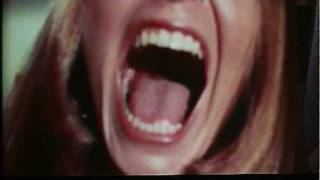 In Stephens Sanitarium, therapy has been replaced by torture and necrophilia. By allowing each patient to act out his psychosis, the director believes that he can cure insanity. The doctor becomes the victim of his own experiment when he is brutally murdered by an inmate. Charlotte, a young nurse practiced in experimental psychology, joins the shrinking staff, but nothing can prepare her for the gruesome scenes that await her at the asylum. Under the guidance of the new director, the stronger patients prey on the weak, as they plunge deeper into madness. Charlotte's attempt to help turns into a fight for survival as the most violent and demented inmate emerges to take control of the entire hospital.
This product is made-on-demand by the manufacturer using DVD-R recordable media. Almost all DVD players can play DVD-Rs (except for some older models made before 2000) - please consult your owner's manual for formats compatible with your player. These DVD-Rs may not play on all computers or DVD player/recorders. To address this, the manufacturer recommends viewing this product on a DVD player that does not have recording capability.