The controversial true story of a young woman lured into a life of prostituion by her own husband is told in this groundbreaking silent drama. 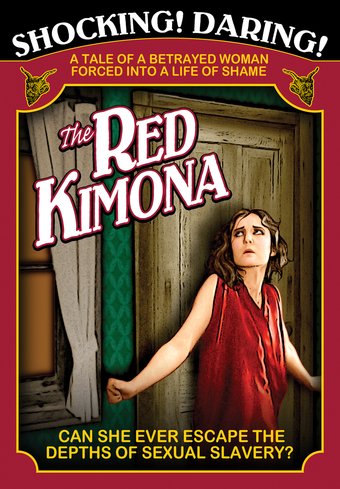 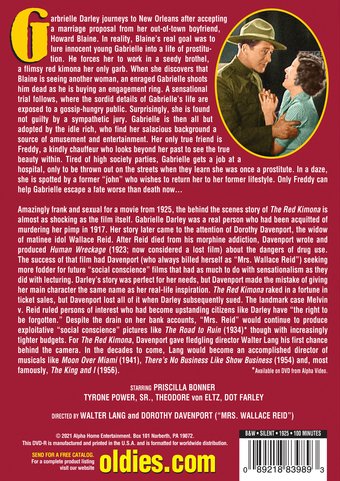 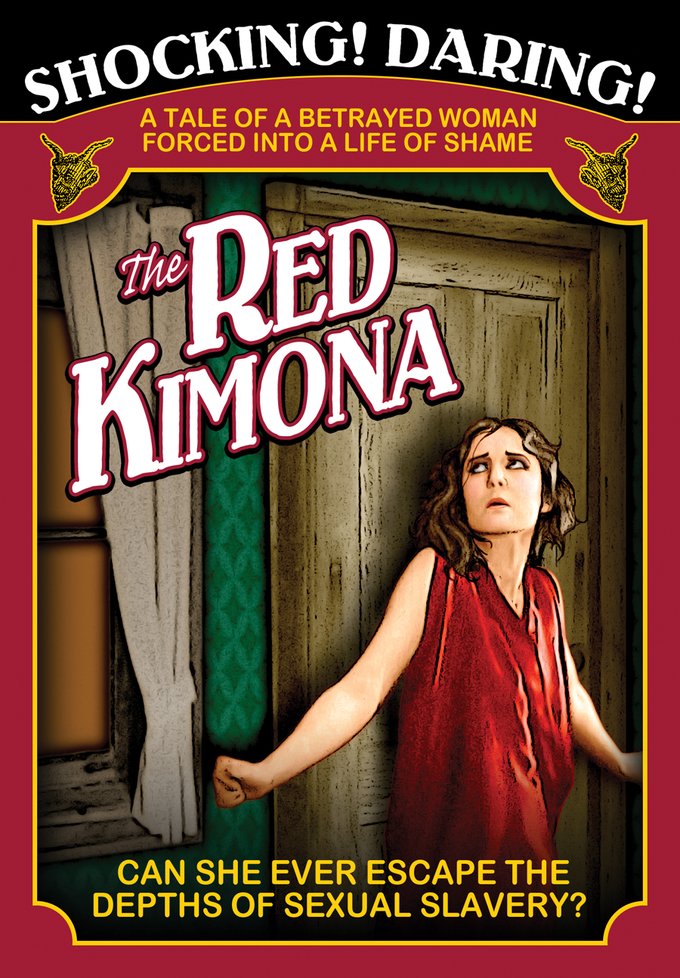 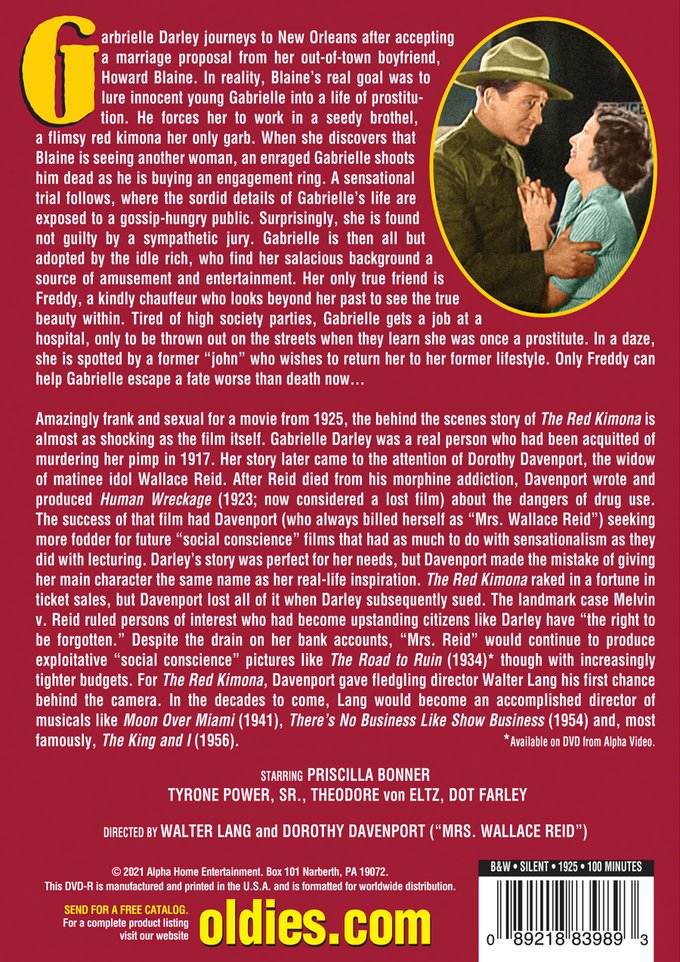 Garbrielle Darley journeys to New Orleans after accepting a marriage proposal from her out-of-town boyfriend, Howard Blaine. In reality, Blaine's real goal was to lure innocent young Gabrielle into a life of prostitution. He forces her to work in a seedy brothel, a flimsy red kimona her only garb. When she discovers that Blaine is seeing another woman, an enraged Gabrielle shoots him dead as he is buying an engagement ring. A sensational trial follows, where the sordid details of Gabrielle's life are exposed to a gossip-hungry public. Surprisingly, she is found not guilty by a sympathetic jury. Gabrielle is then all but adopted by the idle rich, who find her salacious background a source of amusement and entertainment. Her only true friend is Freddy, a kindly chauffeur who looks beyond her past to see the true beauty within. Tired of high society parties, Gabrielle gets a job at a hospital, only to be thrown out on the streets when they learn she was once a prostitute. In a daze, she is spotted by a former "john” who wishes to return her to her former lifestyle. Only Freddy can help Gabrielle escape a fate worse than death now...

Amazingly frank and sexual for a movie from 1925, the behind the scenes story of The Red Kimona is almost as shocking as the film itself. Gabrielle Darley was a real person who had been acquitted of murdering her pimp in 1917. Her story later came to the attention of Dorothy Davenport, the widow of matinee idol Wallace Reid. After Reid died from his morphine addiction, Davenport wrote and produced Human Wreckage (1923; now considered a lost film) about the dangers of drug use. The success of that film had Davenport (who always billed herself as "Mrs. Wallace Reid”) seeking more fodder for future "social conscience” films that had as much to do with sensationalism as they did with lecturing. Darley's story was perfect for her needs, but Davenport made the mistake of giving her main character the same name as her real-life inspiration. The Red Kimona raked in a fortune in ticket sales, but Davenport lost all of it when Darley subsequently sued. The landmark case Melvin v. Reid ruled persons of interest who had become upstanding citizens like Darley have "the right to be forgotten.” Despite the drain on her bank accounts, "Mrs. Reid'' would continue to produce exploitative "social conscience” pictures like The Road to Ruin (1934) though with increasingly tighter budgets. For The Red Kimona, Davenport gave fledgling director Walter Lang his first chance behind the camera. In the decades to come, Lang would become an accomplished director of musicals like Moon Over Miami (1941), There's No Business Like Show Business (1954) and, most famously, The King and I (1956). Leading actress Priscilla Bonner later made an impression playing Clara Bow's best pal in the flapper classic "It” (1927). For unknown reasons, The Red Kimona was billed as The Red Kimono on all posters and publicity; kimonos and kimonas are actually two different styles of Asian dress, with kimonas shorter and more revealing.