The story of a girl who meets her one true love... Twice 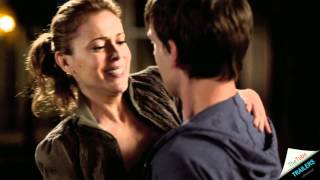 This gentle romantic comedy stars Alyssa Milano (WHO'S THE BOSS') as Jesse, a brassy, outspoken single woman in her late thirties who longs to find Mr. Right, and happens upon him in the form of Ethan (Christopher Gorham), an aspiring writer on the edge of sanity after having yet another novel rejected by publishers. In Ethan, Jesse sees the answer to her prayers and a chance to drum up greater inspiration than the struggling writer has seen in years. But then fate strikes again, in the form of a second Mr. Right: Troy (Michael Landes), a slick advertising executive with the uncanny knack for making any situation or circumstance passionately romantic. Suddenly, after years of singleness, Jesse has two options at her fingertips, and each one strikes her as too good to be true. The supporting cast features Beau Bridges and Carol Kane.

25%off
Bizarre Cartoons of The Past TOP 25 Bestselling DVD
$5.95 on Sale
Add to Cart