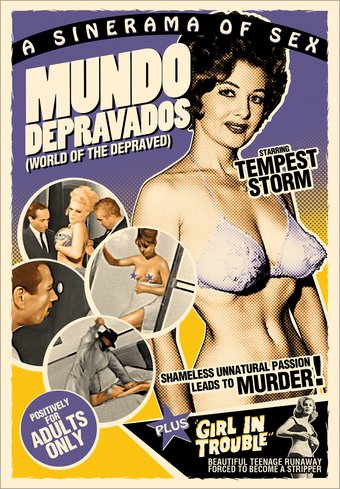 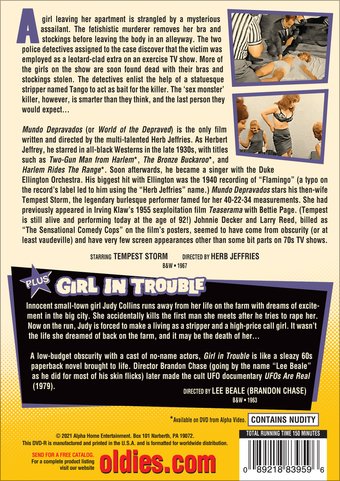 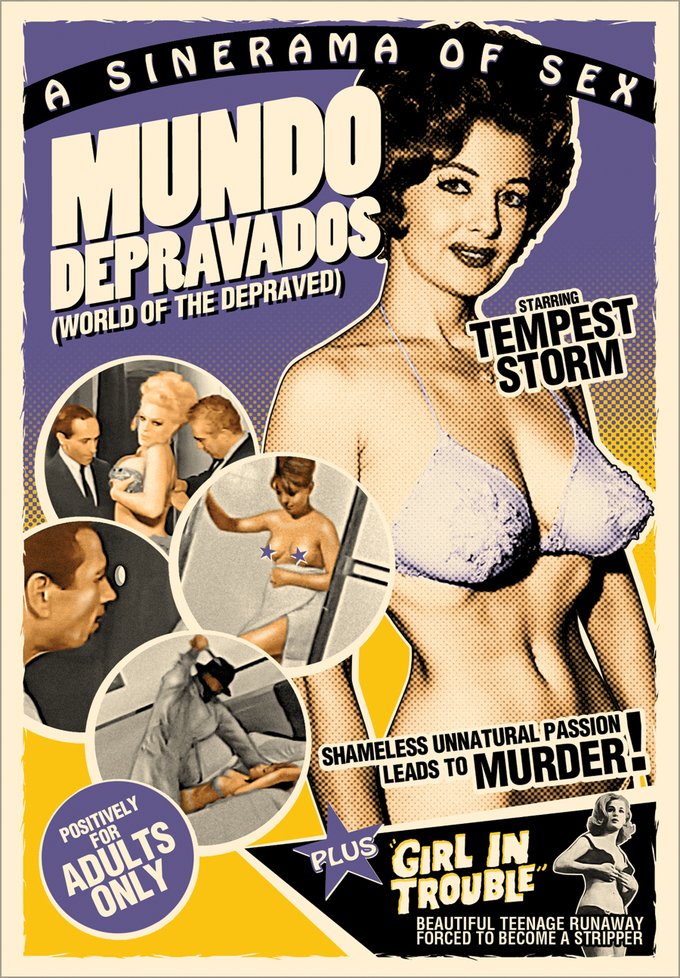 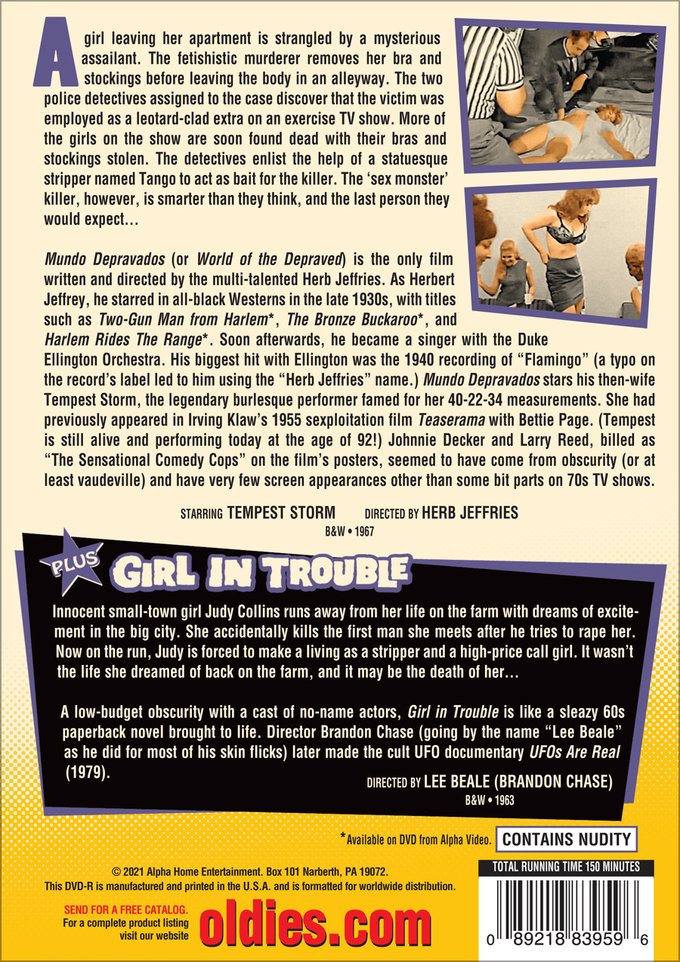 MUNDO DEPRAVADOS (1967): A girl leaving her apartment is strangled by a mysterious assailant. The fetishistic murderer removes her bra and stockings before leaving the body in an alleyway. The two police detectives assigned to the case discover that the victim was employed as a leotard-clad extra on an exercise TV show. More of the girls on the show are soon found dead with their bras and stockings stolen. The detectives enlist the help of a statuesque stripper named Tango to act as bait for the killer. The 'sex monster' killer, however, is smarter than they think, and the last person they would expect...

Mundo depravados (or World of the Depraved) is the only film written and directed by the multi-talented Herb Jeffries. As Herbert Jeffrey, he starred in all-black Westerns in the late 1930s, with titles such as Two-Gun Man from Harlem, The Bronze Buckaroo, and Harlem Rides The Range. Soon afterwards, he became a singer with the Duke Ellington Orchestra. His biggest hit with Ellington was the 1940 recording of "Flamingo" (a typo on the record's label led to him using the "Herb Jeffries" name.) Mundo depravados stars his then-wife Tempest Storm, the legendary burlesque performer famed for her 40-22-34 measurements. She had previously appeared in Irving Klaw's 1955 sexploitation film Teaserama with Bettie Page. (Tempest is still alive and performing today at the age of 92!) Johnnie Decker and Larry Reed, billed as "The Sensational Comedy Cops" on the film's posters, seemed to have come from obscurity (or at least vaudeville) and have very few screen appearances other than some bit parts on 70s TV shows.

GIRL IN TROUBLE (1963): Innocent small-town girl Judy Collins runs away from her life on the farm with dreams of excitement in the big city. She accidentally kills the first man she meets after he tries to rape her. Now on the run, Judy is forced to make a living as a stripper and a high-price call girl. It wasn't the life she dreamed of back on the farm, and it may be the death of her...A low-budget obscurity with a cast of no-name actors, Girl in Trouble is like a sleazy 60s paperback novel brought to life. Director Brandon Chase (going by the name "Lee Beale" as he did for most of his skin flicks) later made the cult UFO documentary UFOs Are Real (1979).