Eight of Harold Lloyd's earliest short subjects, tracing his progress from journeyman actor to one of the greatest silent comedians of all time. 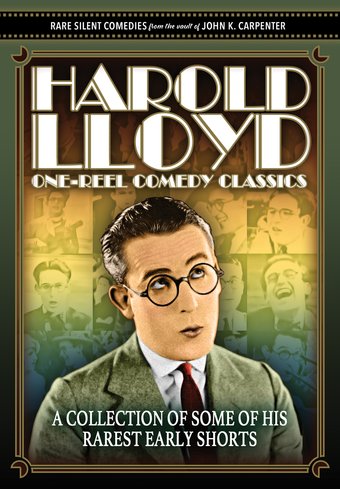 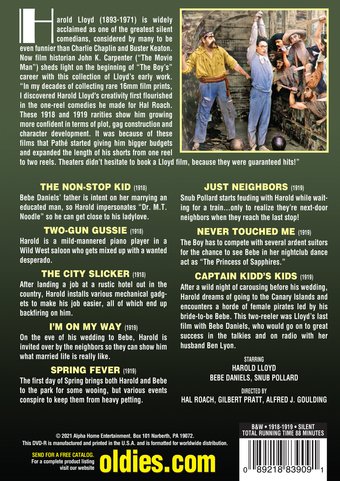 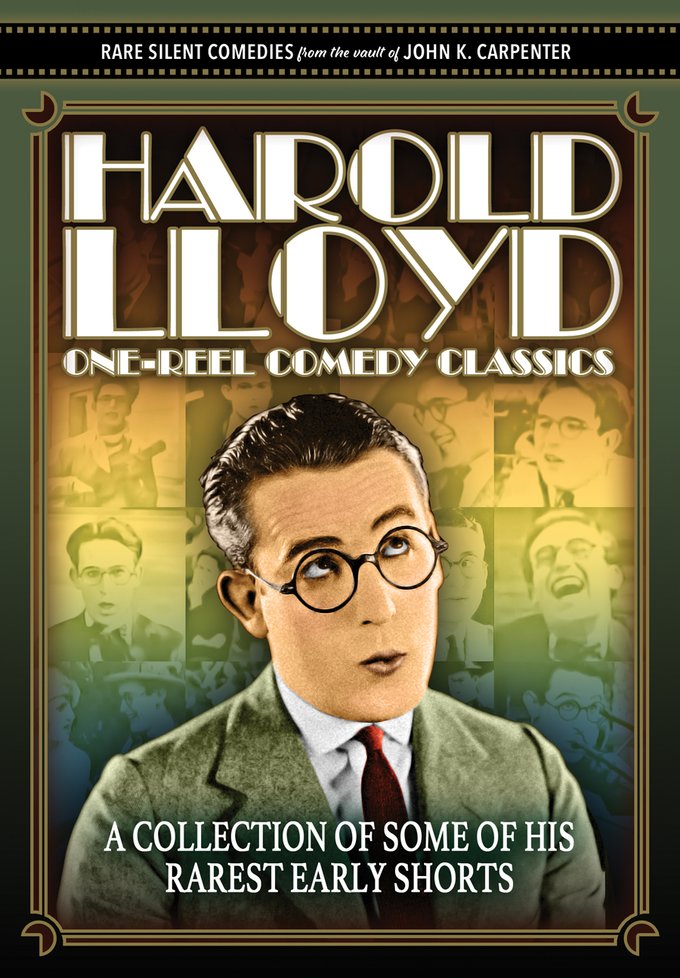 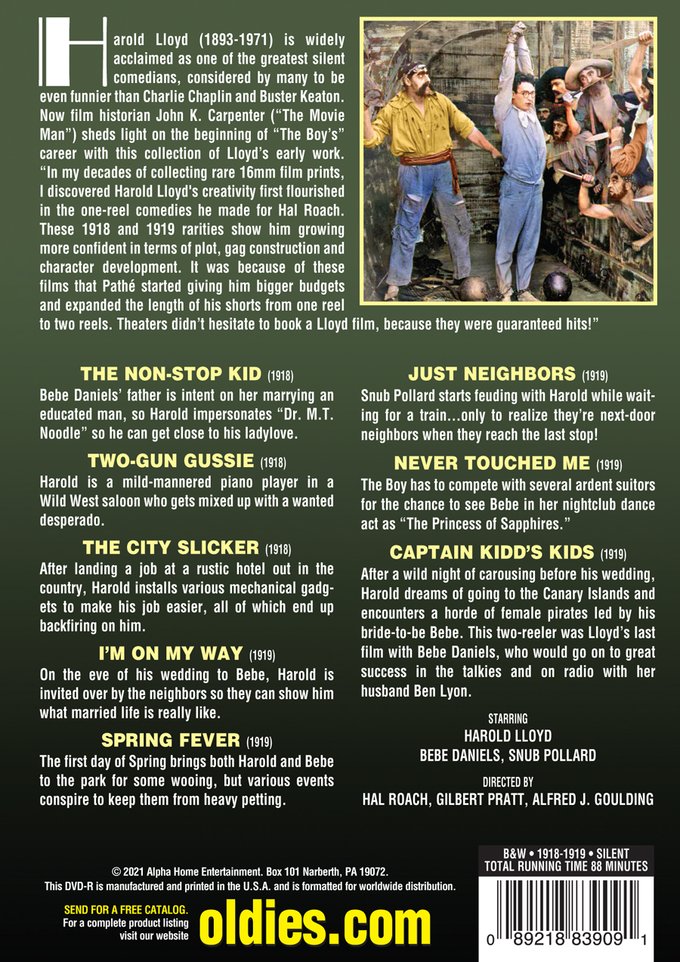 Harold Lloyd (1893-1971) is widely acclaimed as one of the greatest silent comedians, considered by many to be even funnier than Charlie Chaplin and Buster Keaton. Now film historian John K. Carpenter ("The Movie Man") sheds light on the beginning of "The Boy's" career with this collection of Lloyd's early work. "In my decades of collecting rare 16mm film prints, I discovered Harold Lloyd's creativity first flourished in the one-reel comedies he made for Hal Roach. These 1918 and 1919 rarities show him growing more confident in terms of plot, gag construction and character development. It was because of these films that Pathé started giving him bigger budgets and expanded the length of his shorts from one reel to two reels. Theaters didn't hesitate to book a Lloyd film, because they were guaranteed hits!"

THE NON-STOP KID (1918): Bebe Daniels' father is intent on her marrying an educated man, so Harold impersonates "Dr. M.T. Noodle" so he can get close to his ladylove.

TWO-GUN GUSSIE (1918): Harold is a mild-mannered piano player in a Wild West saloon who gets mixed up with a wanted desperado.

THE CITY SLICKER (1918): After landing a job at a rustic hotel out in the country, Harold installs various mechanical gadgets to make his job easier, all of which end up backfiring on him.

I'M ON MY WAY (1919): On the eve of his wedding to Bebe, Harold is invited over by the neighbors so they can show him what married life is really like.

SPRING FEVER (1919): The first day of Spring brings both Harold and Bebe to the park for some wooing, but various events conspire to keep them from heavy petting.

JUST NEIGHBORS (1919): Snub Pollard starts feuding with Harold while waiting for a train...only to realize they're next-door neighbors when they reach the last stop!

NEVER TOUCHED ME (1919): The Boy has to compete with several ardent suitors for the chance to see Bebe in her nightclub dance act as "The Princess of Sapphires."

CAPTAIN KIDD'S KIDS (1919): After a wild night of carousing before his wedding, Harold dreams of going to the Canary Islands and encounters a horde of female pirates led by his bride-to-be Bebe. This two-reeler was Lloyd's last film with Bebe Daniels, who would go on to great success in the talkies and on radio with her husband Ben Lyon.