The Man Between (Blu-ray)

Terror! Vice! Violence! He stopped at nothing! 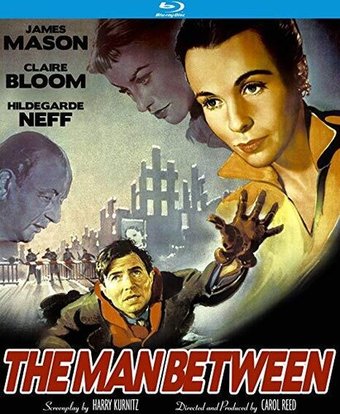 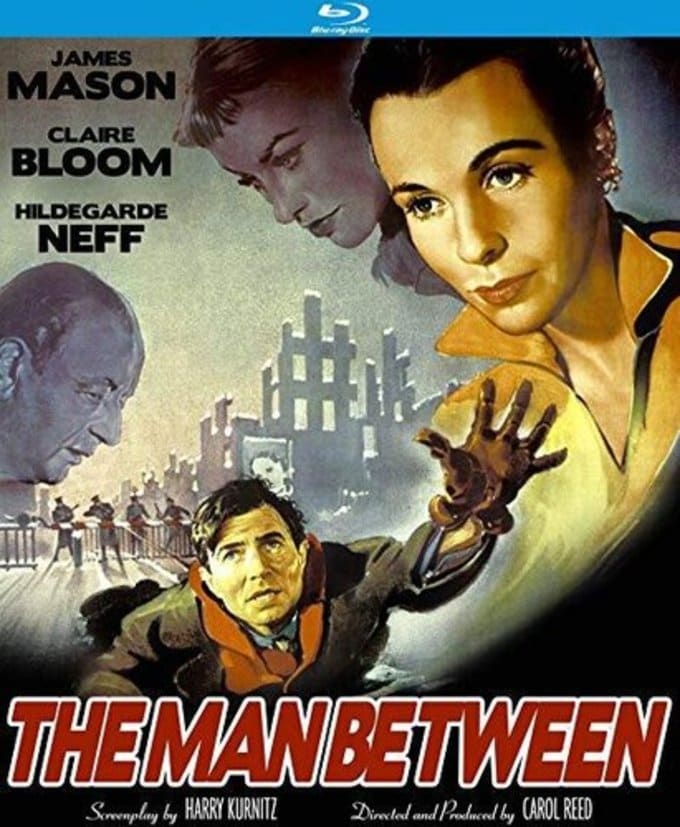 Young Britisher Susanne Mallinson (Claire Bloom) is visiting the occupied city of postwar Berlin, as the guest of her brother, Major Martin Mallinson (Geoffrey Toone) and his wife Bettina (Hildegarde Neff), whom he met during his initial stay in Berlin as a British Army doctor. They seem happily married, but Susanne soon notices that Bettina is trying to hide something, both from her and from Martin -- a secret involving a young boy (Dieter Krause) on a bicycle who seems to turn up everywhere she does, and figure whom she initially doesn't see. The truth finally comes out amidst a new skirmish between the British on one side and the East Germans in the Soviet zone on the other, and a man named Olaf Kastner (Ernst Schroeder), who seems to make a lot of mystery-shrouded trips in and out of the city's Russian Zone. Bettina was married to the mysterious Ivo Kern (James Mason), a handsome, smooth-talking former German army officer (with his own record during the Second World War -- as well as after -- to hide from) who was presumed dead after 1944, and declared so by the authorities. But now Ivo has turned up alive, an event that nullifies Bettina's and Martin's marriage, among other personal repercussions; and he has been working for the Russians in the eastern zone, engineering the kidnapping of people out of West Berlin. And he wants Olaf Kastner, who has been an embarrassment to the East Germans, and especially Kern's superior Halendar (Albert Waescher), with his success at rescuing people from the Eastern Zone; and Ivo might just get him if he can charm the wide-eyed, innocent Susanne sufficiently . . . .