When middle-aged judge Cass Timberlane and platinum-haired tomboy Jinny Marshland from the other side of the tracks dare to marry, the staid Minnesota city where they live becomes a brushfire of gossip and rejection. 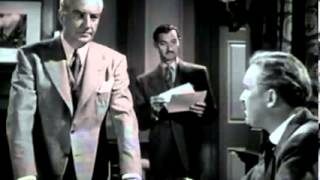 Middle-aged judge Cass Timberlane is a dutiful, dependable pillar of society. Platinum-haired Jinny Marshland is a tomboy from the other side of the tracks. When the two fall for each other and dare to marry, the staid Minnesota city where they live becomes a brushfire of gossip and rejection. "In Love with Her Was Like Being in an Earthquake" the film's ads trumpeted, and audiences eagerly queued for the seismic emotional ride of a film, based on the Sinclair Lewis bestseller, that teamed Hollywood's greatest actor with its hottest bombshell. Spencer Tracy as Cass and Lana Turner as Jinny are magnetic as lovers so drawn to each other that age, class, tragedy and even another man cannot destroy their bonds.

A lonely widowed judge falls for and marries a vivacious young woman from the wrong side of the tracks, which causes a ruckus.

Can a staid judge and a loose lady find happiness together'
Cass Timberlane, a Midwestern bachelor, leads a ho-hum life as a small-town magistrate. Though he is treated with respect in all quarters, he lacks passion.
One day, into his courtroom saunters a working-class knockout named Virginia Marshland. Cass's heart nearly stops; he has never seen such a beautiful sight.
Cass courts her, despite their socioeconomic differences and a twenty-year age gap. Virginia succumbs, and they marry and have a child.
But when Virginia meets a handsome acquaintance of her husband, she wonders if she can resist temptation...